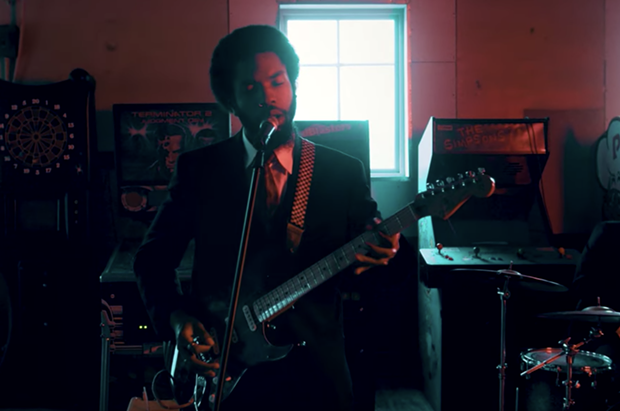 So much music, so little time. To make your new music venture a little easier, every Friday, CP staff writer Jordan Snowden compiles songs, albums, and EPs that are now streaming with #NewMusicFriday. This week, we're checking out new music videos.

Jack Swing - "Monkey Around"
Pittsburgh based rock band, Jack Swing brought in the New Year with a new single and accompanying music video. The '70s sounding track, "Money Around" is grungy, with touches of blues, and is about relapsing into old addictions and finding the ways to overcome them. I dare you to not jam along, like the plot, the song is addicting.


- "Grifters"
From Good Employee Records comes  and their newest single, "Grifters." The punk rock project from Mags Romero, formerly of Just Fern, alternates between vocals of high and low octaves in an extremely catchy way. They get bonus points for the Downtown filming location.


Nevada Color - "Start"
Although Nevada Color's Rosewater EP was released in November, today the indie pop group dropped its music video for "Start." In the video, the upbeat song follows a couple on the run. The trippy editing and unexpected special effects bring "Start" to a new level of fun.

Lizzo - "Juice"
An infomercial, an '80s workout video, a late-night talk show, a YouTube clip (inception?), and groovy entertainment - all of these goodies are found in Lizzo's music video for "Juice." It's inviting and feel-good.


Future - "Crushed Up"
Future is back with new music, and to kick it all off, last night at midnight he released "Crushed Up." Produced by Wheezy, the track is Future's most polished sounding track to date. If that's any indicator of what the rest of his new songs will be like, it's a good sign.