Gina From Siberia is both entertaining and timely as it explores the immigrant experience through the eyes of a dog. 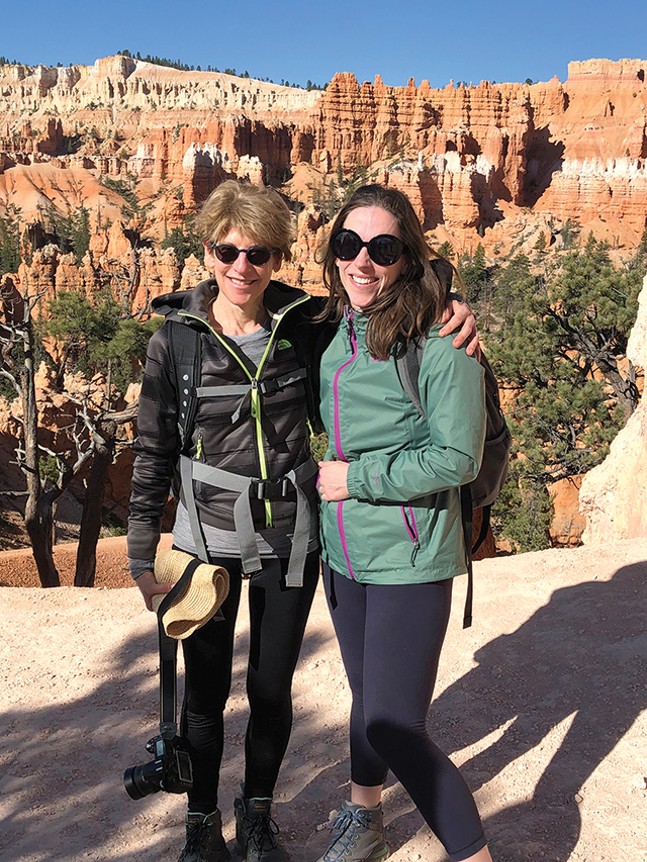 While Carnegie Mellon University English professor Jane Bernstein lived in New York in 1978, she met a family who had just emigrated to the U.S. from the Soviet Union.

The Backers, who settled in the Washington Heights neighborhood, were unusual in that they came to this country with their dog Gina, a mini wire-haired terrier. When Bernstein visited the family, she noticed the dog would stand outside, “rattling her teeth and looking disoriented,” she says. “I started imagining this interior voice.”

That voice, and that dog, stayed with Bernstein for almost four decades before she decided to collaborate with her daughter, the filmmaker Charlotte Glynn, on a children's book.

Gina From Siberia, published by the Animal Media Group (a subsidiary of the Pittsburgh-based production company Animal) is both entertaining and timely as it explores the immigrant experience through the eyes of a dog.

“We both began thinking of this immigration story from the very beginning when we were hashing things out,” says Bernstein, whose books include the critically acclaimed memoirs Loving Rachel and Bereft – A Sister's Story. “We always were aware of [Gina’s] difference as coming from someplace else, looking different from the dogs in Washington Heights.”

“It's interesting that we started working on it a long time ago,” says the Brooklyn-based Glynn, noting they began the book in 2009. “We're both drawn to stories about people having to make that harrowing journey, even if you're taken on a plane and don't have to go by foot. The journey of anybody who has to leave everything they've known and go somewhere new has always struck both of us.”

Glynn and Bernstein borrowed details from the Backers' real-life journey. One incredible episode features the family dressing the dog as a baby to avoid eviction on a train from Austria to Rome.

In order to flesh out the story, the authors needed an illustrator who could replicate life in the USSR forty years ago. Bernstein googled “Soviet apartment interiors 1977” and found Anna Desnitskaya, a noted Russian illustrator and artist who lives in Moscow.

While Bernstein and Glynn thought Desnitskaya was perfect for the book, there was one significant drawback. “She had no experience with dogs,” Bernstein says. “So there was a lot of exchanging of images because she did not know what a dog looks like when it's afraid or anxious or exuberant. And then she's never been to the U.S., so she didn't know what New York looks like.”

Glynn, whose films include the short The Immaculate Reception, was able to provide images from sources including the Subway Museum in Brooklyn so Desnitskaya could replicate fonts and the globe-shaped lights outside subway entrances.

At the very end of the project, Bernstein and Glynn thanked Desnitskaya for her work and patience. She wrote back, “`After having done this project, I realize there's two things I want. I want a dog, and I want to come to New York,'” Bernstein says. “Two months later she sent us a picture of her Jack Russell terrier. Now we have to get her to New York.”

Brielle Brilliant's first book, The Spud, has been described as flash fiction for fans of Natural Born Killers and Badlands. Her bio on the website of her publisher, Featherproof Books, describes her as a “self-authorized investigator who writes, films, and prank calls. She likes to box and moves around a lot.”