What’s coming to the Silk Screen? 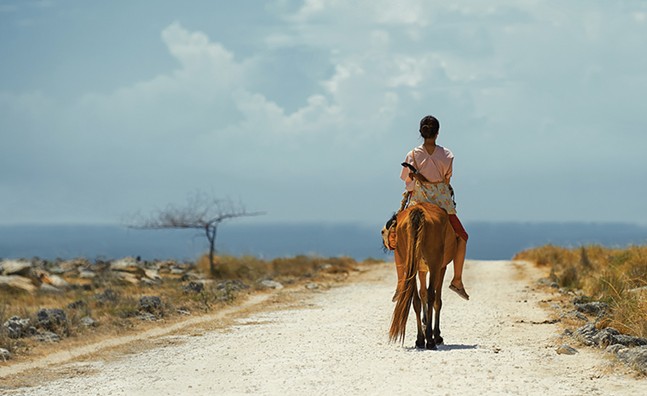 For the past 13 years, Asian-American film festival Silk Screen has showcased a diverse array of movies of varying genres, languages, and countries of origin. This year, the 10-day festival features 25 full-length films (and 10 shorts) at theaters and venues across the city. City Paper watched a few so you don’t have to. Just kidding, go see these.

Abu
Director: Arshad Khan
Genre: Documentary
Khan’s film explores his own coming out story as a gay man and son of Pakistani Muslim parents. Raised in Pakistan before immigrating to Canada as a teenager, he never quite fit in. He was too gay for Pakistan, then he was too Pakistani for Canada. It’s a touching story about coming of age, identity, religion, abuse, and family.

This movie is structured less like a traditional documentary and more like a collage-presentation of Khan’s life. While narrating the whole film, Khan incorporates footage from his childhood and young-adult life, clips from old Bollywood movies, and the music he grew up with — both South Asian and Western. Abu also uses original animations to bring to life scenes for which there is no footage, like Kahn’s prescient dreams or faint memories. This film is a compassionate look on how a divide between parent and child is created, and whether or not it can be repaired. Sun., Sept. 23 at Regent Square Theatre. Sat., Sept. 29 at Harris Theater.

Marlina the Murderer in Four Acts
Director: Mouly Surya
Genre: Western/thriller
Marlina (Marsha Timothy) is still mourning the death of her husband, whose mummified body sits in her living room, when a group of men knock at her door, tell her to make dinner, and plainly explain that they are going to rape her while stealing her cattle. And they do, but Marlina gets her revenge via poisoning and head slicing. While hitchhiking to the police station, severed head in tow, Marlina runs into her pregnant friend Novi (Dea Panendra), who is due any second. Together they end up on a journey trying to evade the men who are after Marlina, while also trying to coax out Novi’s baby.

Set on the Indonesian island of Sumba, the movie employs tropes of a traditional Western film, only this time they’re used to tell a story of a woman’s rightful revenge against men who treated her worse than cattle. There are panning shots of barren land and music filled with trotting rhythms and eerie guitar strings. Marlina is an honest, enthralling, and visually stunning film about womanhood and survival. Worth noting for viewers is that while the movie isn’t continuously violent, there are scenes at the beginning and the end of the movie that depict rape and violence. Sun., Sept. 23 at Frick Fine Arts Auditorium. Sat., Sept. 29 at Harris Theater.

Village Rockstars
Director: Rima Das
Genre: Coming-of-age
A young girl named Dhunu (Bhanita Das) is being raised by a single mother in a flood-prone village in Assam, a state in Northeast India. To dismay of village elders, she spends her time hanging out with boys, climbing trees, and boating down the river. What she wants most in life is a guitar, but they are too pricey, so she carves a guitar shape out of Styrofoam. Mostly though, this movie focuses on Dhunu’s relationship with her mother, who teaches Dhunu to swim so she won’t drown — as did her father — and scolds the elders for trying to constrain her daughter.

The movie is a slow burn that doesn’t build to a climax but instead immerses viewers in the daily life of the Chaygaon village. It’s aimless without being pointless, almost akin to The Florida Project in terms of the joy and wonder kids find in simple things such as using a leaf as an umbrella or riding a bike for the first time. The cinematography, too, is impressive, panning across a sunset on a marsh or the expansive sky. Tue., Sept. 25 at Waterworks Cinema. Wed., Sept. 26 at Cranberry Cinemas.