"Unless the police brass begins punishing violators, the department will never be brought under control." 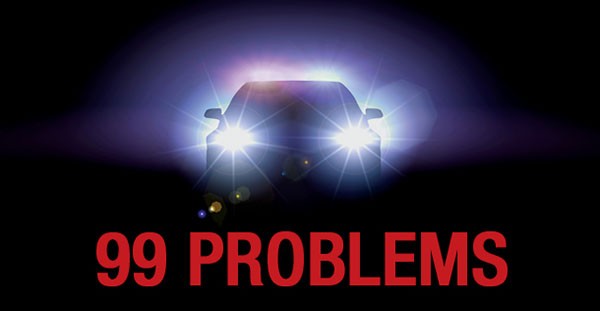 On Christmas Eve 2009, three Pittsburgh plainclothes officers in an unmarked Monte Carlo detected the scent of marijuana in the air. They spotted two men — the only people nearby — turned their car around and got out to investigate.

Moments later, the officers would be in a physical confrontation with Lamar Johnson, one of the men they thought could be responsible for the odor. They wrestled him to the snow-covered ground, suspecting he had a gun in his coat and that he might be trying to swallow narcotics.

No drugs or guns were recovered, though, and Johnson was released without being charged. Before the officers' shift was over, however, Johnson had lodged a complaint against them.

The incident went down exactly 19 days before the same three officers — Michael Saldutte, David Sisak and Richard Ewing — wound up in a violent confrontation with 18-year-old Jordan Miles, at the time an honor student at the Pittsburgh Public High School for the Creative and Performing Arts. As in Johnson's case, the officers thought Miles was acting suspiciously and that he might have a gun in his coat.

Miles filed a civil lawsuit against the officers in federal court, a case that ended up in front of two separate juries. But despite similarities between the Johnson and Miles encounters, the jurors never heard about Johnson or much else about the officers' records. A judge ruled the evidence was prejudicial, frustrating Miles' legal team.

"The Lamar Johnson case is almost exactly the same," says Kerry Lewis, an attorney who represented Miles. "Three weeks before, [they] jump out of a car and throw [Johnson] to the ground. [...] That indicated to me that that's their style."

Johnson and Miles, both African-American, were confronted by officers in "99 cars," controversial undercover units that are the focus of a separate City Paper story this week.

But documents recently obtained, including depositions and internal memos, reveal separate incidents in which the officers who confronted Miles had been previously criticized by supervisors. Problems, according to documents, range from lying in police reports to conducting illegal searches — and involved recommendations for remedial training and discipline.

Nearly two months before the Miles incident, for instance, Lt. Reyne Kacsuta recommended retraining in criminal procedure and rules regarding search warrants after Ewing, Saldutte and Sisak forcibly entered a residence without a warrant, according to a memo obtained under the state's right-to-know law.

And in a separate incident years earlier, Ewing — before he joined the 99 unit — and another officer were involved in a traffic stop in which they lied about having obtained consent to search the car, then-Zone 5 Commander RaShall Brackney alleged in a deposition for the Miles trial.

These incidents are important on their own, but also point to systemic concerns about how officers are disciplined. Why were officers who had been criticized for using illegal search practices allowed to patrol in undercover units with less supervision, eventually engaging Miles in one of the most high-profile confrontations with the public in recent years? Were they properly disciplined or retrained when supervisors and citizens raised concerns? Did the discipline escalate?

The city would not make police officials available to comment on those lines of inquiry, but Bryan Campbell, a lawyer for the Pittsburgh police union, says Sisak, Saldutte and Ewing "were believed to be good, proactive officers."

"They're given a yearly evaluation by their supervisors, and these officers had good evaluations," he says, "They're not some rogue unit that's doing whatever they want to do."

But according to Brackney, a former supervisor, the officer's histories are checkered. Though she wasn't their commander during the Miles incident, she testified in her deposition that they "were to be closely monitored; that they had a history of lying; that they had a history of not completing their paperwork; not accurately reflecting their paperwork; not accurately submitting their Field Contact Search & Seizures; [and] not rising to the level of reasonable suspicion on mere encounters with persons."

Deficiencies in accurate reporting, she added, "literally can cost lives and the officer's career."

None of the incidents detailed in the documents obtained by CP, however, cost the officers their careers. Though Ewing is now an officer in McCandless, all three men are still patrolling the streets.