9 places to give this holiday season | Pittsburgh City Paper

To highlight opportunities for our readers to positively impact some of the issues we cover, Pittsburgh City Paper has chosen a handful of the many local organizations working to create a better Pittsburgh who could use your financial support this season.

Abolitionist Law Center is a leading player in the legal fight against mass incarceration and state violence on a local, state, and national level. Just this fall, it reports filing potential impact litigation in various jurisdictions to end “Death By Incarceration, solitary confinement, abusive and discriminatory judges and court practices, and the torturous conditions inside Pennsylvania’s largest county jails,” including Allegheny County Jail.

Bukit Bail Fund offers free financial assistance to individuals at Allegheny County Jail who need help affording cash bail to obtain their freedom pre-trial. Research suggests that people who are unable to post bail have worse outcomes, both personally and legally, than similarly situated people who obtained release pre-trial. An analysis by the ACLU of PA found that more than half of people assigned cash bail in Pennsylvania in 2016-2017 could not afford to pay it, subjecting them to sometimes lengthy pre-trial incarceration. 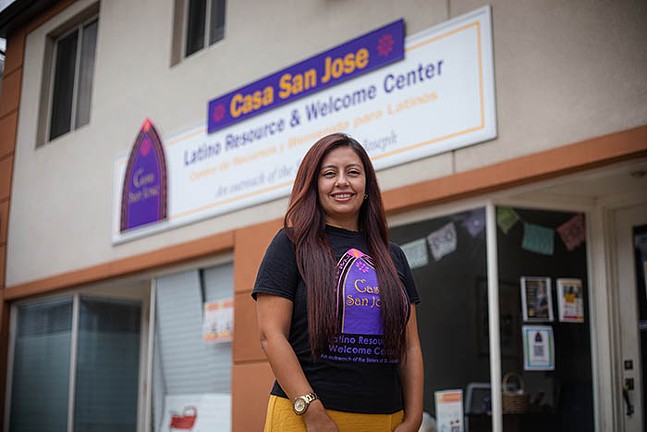 Casa San Jose connects, supports, and advocates with and for the Latino community in Pittsburgh. They offer social services and programs promoting self-sufficiency that include youth programming and tutoring, ESL classes, case management, and support with legal and immigration proceedings.

City of Asylum operates what they call the largest residency program in the world for writers in exile under threat of persecution. Vocal advocates for freedom of expression, City of Asylum also routinely hosts cultural events highlighting global perspectives at Alphabet City, their literary community center on the North Side.

Light of Life Rescue Mission is one of the only places in the city that offers unhoused people free showers in addition to hot food. The number of unhoused people in the county has grown significantly in recent months, and there is a great need for services like those at Light of Life that help people survive being unhoused.

SisTers PGH is a Black- and trans-led nonprofit serving trans people of color with an emphasis on Black and Indigenous people. They offer a variety of resources including case management, housing and utility assistance, and operates a drop-in center for trans and gender nonconforming people.

Western Pennsylvania Fund for Choice provides financial support to people who need abortions at Allegheny Reproductive Health Center, a full-spectrum reproductive health clinic that provides safe, compassionate, and affordable abortion care up to the state legal limit of 23.6 weeks and serves people from Central and Western Pennsylvania as well as Ohio and West Virginia.

Don’t forget about Giving Tuesday! On Nov. 29 you may have an opportunity to make your gift go even further. Be sure to check with your preferred donation recipient to see if they have a matching program or other Giving Tuesday specials.