8cylinder works with static in the attic

"One of the things about being an electronic musician is that you can do it yourself." 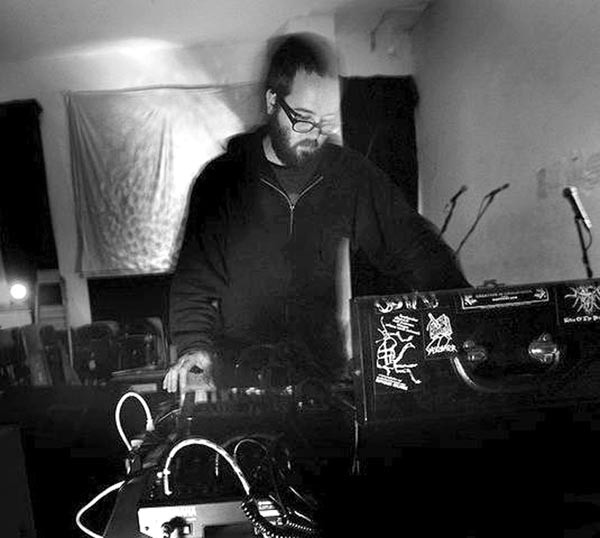 Fiscally suspect: 8cylinder
Panic can be found at Sound Cat Records and Mind Cure, or on the Unmapped North site, www.unmappednorth.com.

"One of the things about being an electronic musician," reflects Dave Crimm, "is that you can do it yourself. Introverted misanthropes get to sit in their attics and do it."

Crimm, who records and performs as 8cylinder, gets a lot done while sitting in his attic and being misanthropic. A computer programmer by day, he got involved in music in the early '00s after attending Pitt in the '90s. Coming from an electronic/Industrial-music background, he started making music around the time he made a Nintendo Gameboy hack that was included with a Creation is Crucifixion album.

Around that same time, he created rhinoplex.org, a site that hosted, on his own servers, websites for local musicians and artists: DJ Cutups' Wrecked Distro resided there, as did sites for local artists like Xanopticon and dev/null. (Only recently did he move the site to a hosting service outside of his house.) He also ran Thac0 Records, a label that started with the Jagoff Uprising compilation Crimm put together in 2005, featuring Pittsburgh musicians, many of whom were hosted on rhinoplex.

Early 8cylinder material was fast, aggressive breakcore — "people would move to it; it's not really dancing, it's more of a freak-out kind of thing" — but the most recent 8cylinder releases, on Crimm's newer Unmapped North label, is more downtempo and cerebral. There are beats, but there's also noise and sound sculpture.

The other thing about these recent records: Unmapped North issued them on 10-inch vinyl, in incredibly short runs of 100 records each. An unlikely format, a run that's so short — it makes it all seems sort of financially ...

"It very much is. I can't back it up with a business plan in any way. I'm selling these at cost."

The most recent 8cylinder offering, Panic, came out this past spring; the next will come out ... when Crimm is ready to let it out.

"One of the good things about no one giving a shit what I do," he explains, "is that no one's sitting around waiting for me to release something."