5 places serving cocktails with the ingredient of the season: rosemary

Photo: Chris Schidt
The Smoked Rosemary Negroni Sour at Coughlin's Law
With the holiday season comes a multitude of restaurants updating their seasonal menus with warm and wintery flavors like ginger and cranberry, but there’s a new hot ingredient making an appearance in holiday cocktails around the city: rosemary. The herb adds a depth of rich, earthy flavors to cocktails from whiskey to gin. Simple syrup can be infused with the herb, but smoking the rosemary enhances the flavor, adding a whimsical element. Here’s a list of some of the rosemary-infused cocktails that stood out to us this holiday season. 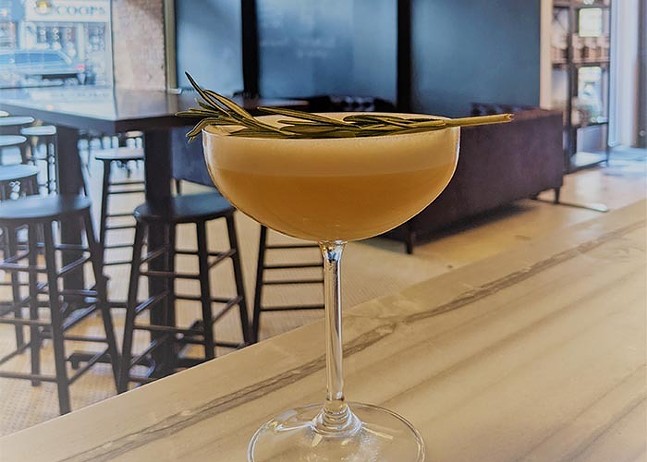