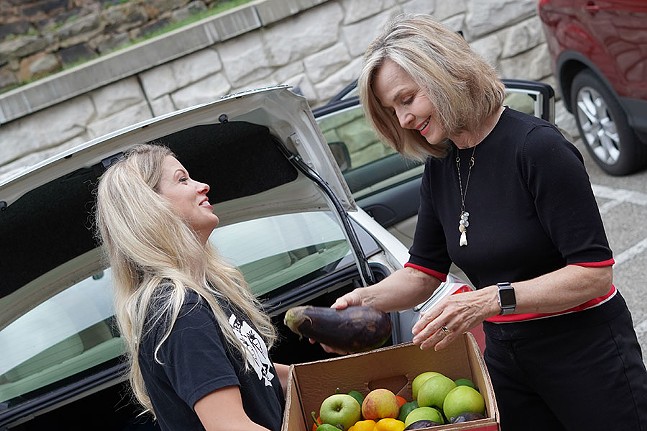 Local nonprofit 412 Food Rescue has taken major strides to reduce food insecurity in Pittsburgh. Since operations began in 2015, donation partner Giant Eagle has recovered and donated one million pounds of food and Allegheny County Housing Authority (ACHA), a recipient of rescued food, has redistributed one million pounds to Pittsburghers in need.

Along with these milestones, the nonprofit is debuting a new video series, Food Rescue Stories. In the style of “carpool karaoke,” the videos immerse local celebrities in a food rescue. A host and special guest (the most recent episode features Sally Wiggin), travel together on a food-recovery mission. Food Rescue Stories, releasing on March 26, shows the impact of one rescue and how a single drive can make a difference to someone in need. The series is produced by Spare Change, a Pittsburgh-based group known for busking to raise money for charities. 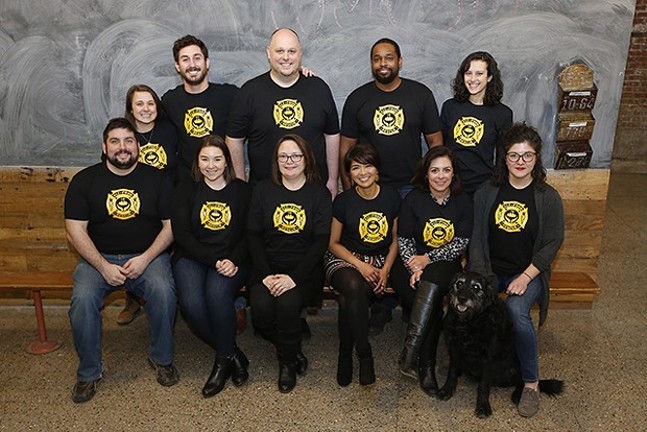 CP photo: Jared Wickerham
The staff of 412 Food Rescue: From left, first row: Ryan Geraghty, Becca Sufrin, Jen England, Leah Lizarondo, Sara Swaney, and Mel Cronin; Standing from left: Jaclyn Janeczko, Jake Tepperman, Anthony Levin-Decanini, Leland Scales, and Hana Uman; Not pictured: Dan Scullin and Gregg Brunner
When 412 Food Rescue started a few years ago, its organizers didn't anticipate how quickly and fiercely the city would rally behind them. It was clear there was a surplus of food, but the nonprofit never predicted a community — donors, volunteers, and nonprofit partners — to embrace the idea in such a short amount of time.

Since 412 Food Rescue was founded, more than 5.6 million pounds of food have been recovered and distributed around the city. They pay attention to the retail side of food waste, collecting items that grocers can no longer sell (“sell by” dates are not expiration dates), saving the perfectly good food from being dumped in a landfill.

From there, food donations are taken to a recipient organization, like ACHA, to reach people who are truly in need. 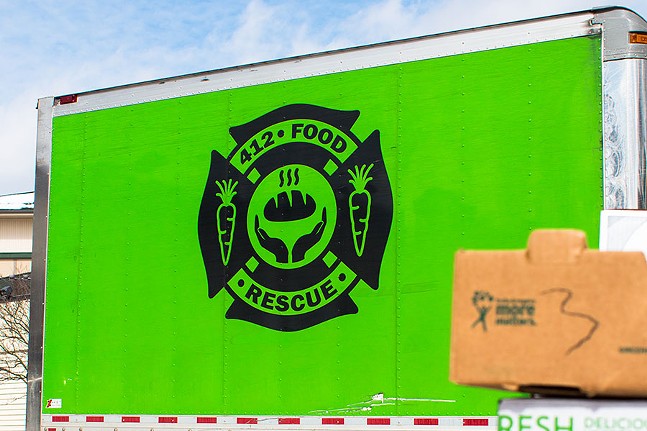 Both the Giant Eagle and ACHA partnerships with 412 Food Rescue began soon after the nonprofit was established. In 2016, 412 Food Rescue and Giant Eagle launched a more in-depth rescuing program, expanding to all of the store’s corporate-owned branches in Allegheny County, along with others outside of the county.

Why is this Passover different from all others? Because we're making matzo at home

Why is this Passover different from all others? Because we're making matzo at home