This actioner about a dying hitman winds up pretty disjointed 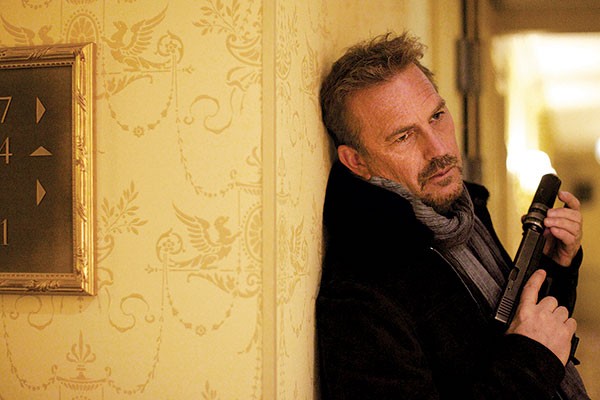 Have gun, will get better: Kevin Costner

The Paris-based actioner 3 Days to Kill, directed by McG, has something for everyone, even if all the pieces don't hang together well.

Kevin Costner plays Ethan Renner, a newly retired CIA agent trying to reconnect with his teenage daughter (Hailee Steinfeld). But there's a catch: He's dying from brain cancer. (And as if the man wasn't suffering enough, he returns home to find his apartment has been taken over by a family of squatters who can't be forced to leave.)

But then, Renner meets a mysterious woman (Amber Heard) who promises to cure his cancer if he kills a dangerous CIA target. The stage is set: Renner must juggle rekindling a relationship with his daughter and ex-wife (Connie Nielsen), while killing and torturing his way to running down one of the CIA's most wanted.

Amidst the violence, there are tender moments, like when Renner teaches his daughter to ride a bike, and comical scenes, including Renner asking the man he's torturing for advice on being a better father.

Individually, these disparate elements are entertaining, but rolled together, they leave the story feeling slightly disjointed.