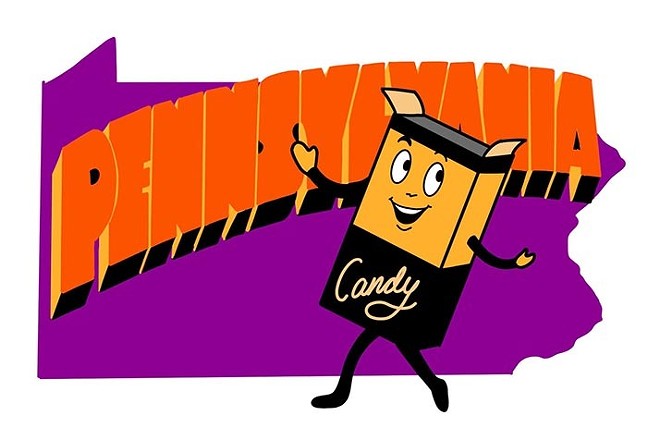 Pennsylvania is the country's undisputed champion of snack food. The Keystone State is filled with popular and delicious brands of pretzels, potato chips, and that Halloween staple, candy.

The state-made candy selection is too extensive to list in one article, with each region having several local companies that produce their own chocolates, taffy, and other confectionery. Those are all great, but people probably aren’t handing out craft-made chocolate truffles on Halloween.

However, Pennsylvania also offers a nice and varied selection of state-made, mass-produced candies packaged perfectly for trick-or-treaters. What can be better than making a kid's day while supporting local businesses and workers? Not much.

There are three major companies that are headquartered and produce candy in Pennsylvania. Just Born makes beloved confectioneries in Bethlehem in the eastern part of the state. Boyer Candy creates delicious treats in Altoona and even recently resurrected a Pittsburgh favorite. And the candy giant Hershey is still based in the central Pennsylvania town that shares its name, and has a few plants located within the state. (Some Hershey products were acquired from other non-Pennsylvania companies over the years, and are produced out of state, so City Paper excluded those.)

See below for a list of Pennsylvania-made candy brands perfect for the trick or treat bowl or Halloween party:

Hot Tamales - A cinnamon-flavored favorite from Just Born provides candy lovers with some spice and heat on Halloween.

Peeps - More of an Easter tradition, these Just Born marshmallow confections come bird-shaped and covered in a candy-sugar coating. But there are also Halloween-themed peeps, including jack-o'-lantern variations.

Mike and Ike - This chewy, fruity classic from Just Born now comes in scores of different fruit flavors in addition to the original cherry, lemon, lime, orange, and strawberry.

Clark Bars and Clark Cups - Originating in Pittsburgh, this bar with a crispy, peanut butter-flavored taffy core is wrapped in chocolate and was one of the first candy bars to see nationwide success. It is now produced in cups and bars by Boyer Candy, which recently brought it back after a hiatus.

Mallow Cup - A Boyer Candy original that combines a whipped marshmallow creme center and a chocolate shell with coconut. Comes in milk and dark chocolate flavors.

Reese’s Peanut Butter Cups and others - The most popular candy in America is still produced right here in Pennsylvania, by Hershey in its namesake town. Milk chocolate surrounding a whipped peanut butter confection is the classic version, but Reese’s now has scores of varieties, including white chocolate varieties, thin versions, minis, all peanut butter versions, and some loaded with other candies or pretzels.

Hershey chocolate bars - These classic bars are all made in Pennsylvania, including the original milk chocolate perfect for s’mores, the Special Dark, and the Symphony brand creamy chocolate, as well as the ones loaded with almonds or toffee.

York Peppermint Patties - First produced in York, Pa. by the York Cone Company, this refreshing minty chocolate treat is now produced by Hershey’s and has several different varieties. Though production moved to Hershey’s Mexico plant, this is still a Pennsylvania original.

Rolo - Small bite-sized morsels of rich caramel covered in a thick chocolate coating. First produced in the U.K. and still sold worldwide, they are produced by Hershey at a plant in Hershey, Pa.

Twizzlers - Made at a Hershey’s plant in Lancaster, Pa., these licorice candies include the original twist style, the pull-and-peel variety, and others.

Hershey Kisses - The Hershey main plant produces millions of these iconic chocolate drops per day. Aside from milk chocolate, there are scores of other variations to sample.

5th Avenue Bar - Originally launched in 1936 with a name related to New York City, this chocolate-peanut butter bar is similar to the Clark Bar and is a Pennsylvania original, with roots in Reading and Philadelphia. It’s now produced by Hershey.

Carmello - A Cadbury product with roots in the U.K., this chocolate-caramel bar is made in the U.S. at Hershey’s Hazleton plant and also comes in minis that are perfect for Halloween.

Cadbury - A rich and creamy English chocolate that is made in the U.S. at Hershey’s Hazleton plant. Has popular Easter Egg chocolates that could be a metaphorical Easter Egg for kids’ trick or treat baskets.

Zagnut - A Pittsburgh original that was first produced by the D.L Clark Company, this peanut butter and coconut bar is now produced by Hershey. It’s pretty hard to find, so you may need to order online. 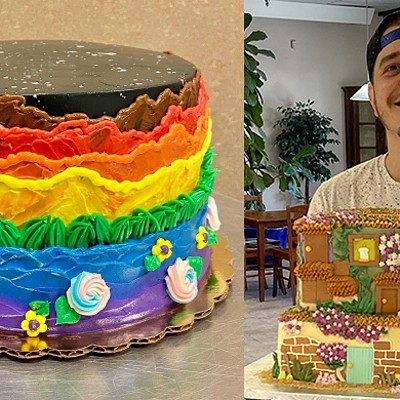