2018 Sports Predictions: There’s Gold in Pittsburgh’s future, just not in the way you might think

Sports predictions much like the late Jimmy “The Greek” Snyder used to make, minus the old-timey racism. 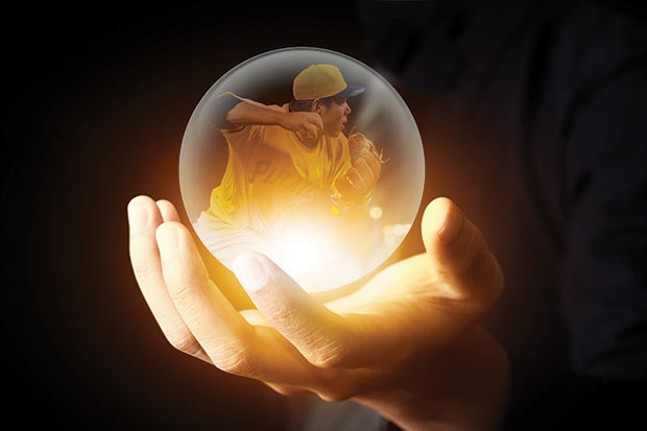 Will Jung Ho Kang return to the Pirates in 2018?

Where would the world of sports be without predictions? There are countless sports-only networks that make a living off talking about what might happen in a game. This week, City Paper takes on the role of soothsayer as we gaze into the crystal ball of 2018. These are sports predictions much like the late Jimmy “The Greek” Snyder used to make, minus the old-timey racism. Some prognostications are easy, like that the Cleveland Browns will draft a top-notch college player who gets injured during training camp and ruins an otherwise promising career. That will happen; you can email it in. However, some predictions require taking a bit more of a risk. So, here’s how 2018 will pan out month by month. 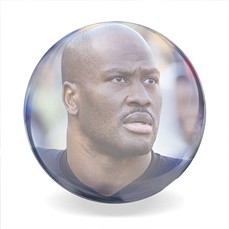 The start of the Steelers’ home playoff game is delayed for an hour because of a fire outside Heinz Field. A James Harrison jersey-burning scenario combines with some evangelicals burning Beatles records because they are still mad at John Lennon. The fire gets a little too close to the stadium and the game has to wait. A few local heroes from Crafton contain the inferno by dumping cans of Iron City onto it. The Steelers play the Jaguars in the opening matchup and it’s closer than anticipated. Chris Boswell cements himself in Steelers history with another clutch kick to win the game 21-18. The inevitable clash of superpowers is set as the team flies to Boston for the AFC Championship game against the Patriots. James Harrison doesn’t see any action, as he is cut by his new team two days before the game.

Peters Township native John-Henry Krueger, whose first two names mean he’s a steel-driving man, wins gold in short-track speed-skating at the Winter Olympics in South Korea. Krueger comes back to his native Peters Township a hero wearing his gold medal because that’s what medal-winners do. While he’s in South Korea, though, he negotiates the release of Jung Ho Kang, further endearing himself to sports fans in Pittsburgh. The love will be short-lived, however, when Kang returns to the Pirates and promptly hits .103.

Pitt basketball fans finally get to stop complaining about the Panthers getting knocked out of the NCAA tournament too early. Unfortunately, it’s because they’re so bad that they simply aren’t invited to The Dance. Fans hit an all-time low, however, when they start complaining about being snubbed by the College Basketball Invitational tournament. Austin Peay State grabs the final coveted-by-no one spot. The good news, though, is that both Duquesne hoop teams advance to the Final Four in their respective Atlantic-10 tournaments.

The Pirates start the season 3-1 as they beat up on the bottom-feeding Cincinnati Reds. Cries of “This is our year!” are quickly doused when the Bucs get swept by the Cubs in the next series. The Cubs’ starting rotation, which has a higher payroll than the Bucs entire roster, gives the team fits. But things even out as the month rolls on and the Pirates head toward another uneventful Pirates season.

The infamous “Three-Petered Out” headline from 1993 is resurrected as the Penguins’ reign as the kings of hockey comes to an end. A fluke goal by the Columbus Blue Jackets in game 7 of the Eastern Conference finals ends the Pens’ run. A controversial instant replay of the winning goal goes Columbus’ way. The referees huddle up and for some reason announce that the goal is good and that the Patriots have won the game.

Three more Pitt quarterbacks announce they are leaving the team because it’s a trendy thing to do. However, there’s better news as the Pittsburgh Thunderbirds finally trounce their rivals the Madison Radicals in Ultimate Disc competition. Meanwhile, the Pittsburgh Riverhounds continue to improve steadily on last season’s 8-12-12 record by going 4-2-6 early in the year. Attendance for both sports is up, as local sports fans have little else to do waiting for Steelers training camp to open.

The Pirates are once again sellers at the trade deadline. The Bucs ship Ivan Nova and Starling Marte to the San Francisco Giants for two AA players, Alex La Roche and a pitcher from Pakistan. The Pirates, however, remain in the wild-card hunt due to break-out seasons from Jameson Taillon, Trevor Williams and Tyler Glasnow.

The Pitt Panthers once again upset Penn State at Heinz Field, and the ugliest social-media battle in college sports continues. Kenny Pickett throws for four touchdowns as Pitt gets a 31-30 victory over the Nittany Lions. Pitt is now 2-0 after last week’s scorching of the Albany Great Danes. Pitt still manages to crush fans’ hopes later in the season by dropping home games to Duke and Georgia Tech.

Former Pitt football standout Larry Fitzgerald passes Terrell Owens for second on the all-time receiving yards list. He’s still 7,000 yards behind the only player with more, Jerry Rice. Fitzgerald doesn’t rule out playing until he’s 47 to catch him. He goes on to pass Tony Gonzalez for second place in all-time receptions behind Rice. Coincidentally, the player who beat out Fitzgerald for the Heisman Trophy, Jason White of Oklahoma, has a pretty good week too. He sells 30 pairs of Pumas at his shoe store in the Sooner state. Also, despite the fact that White was undrafted and never played a down of regular-season ball in the NFL, Pittsburgh Post-Gazette sports columnist Ron Cook still doesn’t regret voting for White over Fitzgerald.

The Penguins storm out of the gate and get off to the best start in team history. The fire has been re-lit as fans gear up for a run at Stanley Cup number six. The Pens also make an early-season trade with Vegas and re-acquire goalie Marc-Andre Fleury. You can’t tell by his reaction, but Fleury is happy to be back. He is promptly and inexplicably benched in favor of Matt Murray.

Pirates fans erupt in euphoria as the team is sold to a group of local investors. A group of wealthy Mount Lebanese businessmen get together and make the current owners an offer they can’t turn down. The Pirates immediately start bidding on top-name free agents whom fans have actually heard of. The Bucs are back and 2019 is looking good already.