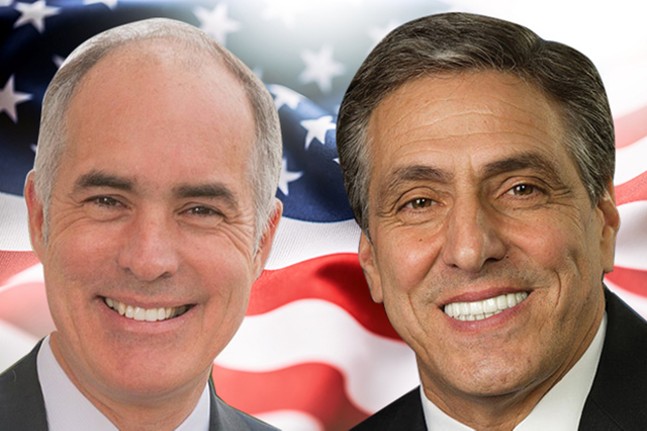 Incumbent Democrat Sen. Bob Casey has been polling comfortably ahead of Republican challenger Lou Barletta all year. Casey’s messaging has been consistent with previous U.S. Senate runs: heavy on supporting blue-collar Pennsylvanians and union workers. Barletta is touting his record of hard-line stances on immigration and being an ally of President Donald Trump.

Barletta supports a balanced budget amendment to the Constitution and supports cutting federal spending to save taxpayer money. He voted for the tax-cut bill which is projected to add more than $1 trillion to the national debt.

Opposes a path to citizenship for undocumented immigrants, and refers to that as “amnesty.” Barletta introduced legislation to make overstaying a visa a criminal offense. As mayor of Hazelton, criminalized renting homes to undocumented immigrants, which was ruled unconstitutional and cost Hazelton taxpayers $1.4 million. Supports Trump’s plan for a wall along the U.S.-Mexico border.

Has repeatedly voted to repeal the Affordable Care Act, aka Obamacare. Supported the House GOP’s effort to replace Obamacare, which failed in the Senate. Says the problem with healthcare is “not access, it is affordability.” Over the last two years, the uninsured rate in America rose from 12.7 percent to 15.5 percent.

Casey voted against the tax-cut bill, and introduced a failed amendment that would have required corporations to increase worker’s wages at same rate as executive earnings from stock buybacks. Opposes eliminating the inheritance tax. Casey has called the tax-cut bill a handout for the wealthy.

Casey opposed Trump’s family-separation policy, and supports comprehensive immigration reform, including DREAM act. Supports a pathway to citizenship for law-abiding immigrants. Called for doubling of border patrol agents. In 2017, advocated to stop a deportation of a Honduran mother and her daughter, which ultimately failed.

Supports the Affordable Care Act but is one of the few Pennsylvania Democrats that do not support a Medicare-for-all program. Co-sponsored a bill that would prevent increases to some Medicare premiums.