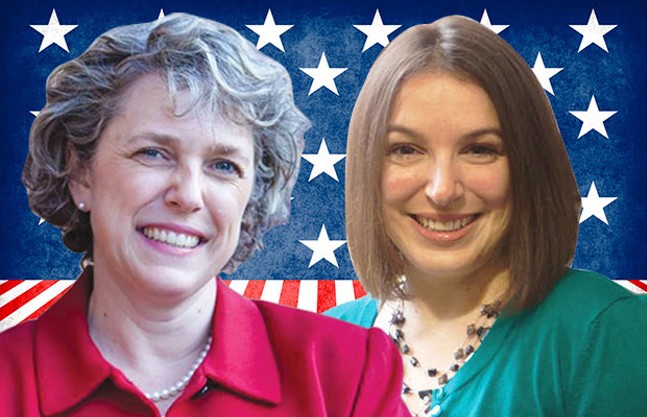 The 38th District of the Pennsylvania Senate was once represented by ultra-progressive Democrat Jim Ferlo. The district became more conservative after being redrawn in 2011. Several northern suburbs were commingled with several city neighborhoods including Larimar, East Liberty, Highland Park and parts of Homewood. Republican Sen. Randy Vulakovich was elected in 2015, but since then, District 38 started shifting left. Hillary Clinton narrowly won the district in 2016, and two Democrats, Stephanie Walsh and Lindsey Williams, are now vying for a chance to flip the district from red to blue in November.

Walsh supports a $15 hourly minimum wage, but backs a Democratic initiative in the state legislature to raise the wage instantly to $12 an hour and increase it to $15 incrementally. Wants to boost the economy by investing in infrastructure to create jobs.

As a former public-school teacher, Walsh says she knows exactly what it's like to not have a budget and have to pull from her own paycheck for student supplies. Supports an increase in state funding toward education with an eye for budgets that will allow schools to update classroom materials and programs.

Throughout her career, Walsh has worked as an environmental consultant, writing reports on Environmental Protection Agency regulations; fought pollution with nonprofit Clean Water Action and taught environmental science to students. Supports investments into the renewable-energy industry and the end of subsidies for fossil fuels.

Williams is currently the communications director at Pittsburgh Federation of Teachers and a member of One Pennsylvania, a progressive statewide political organization. She graduated from Duquesne University School of Law and received national attention for her work with the National Whistleblowers Center when she sued for wrongful termination after attempting to form a union. She won that lawsuit.

A proponent of unions, she previously worked with the International Brotherhood of Teamsters, organizing strikes and other labor actions. Williams supports an immediate raise in the minimum wage from $7.25 to $15 an hour for large companies, and an adjusted minimum-wage raise for small businesses.

Williams favors traditional public-school education over charter schools, saying Pennsylvania has one of the worst charter-school funding laws in the country. Williams says charter schools are not accountable to taxpayers and “drain money from our public schools.” Supports funding career and technical educational programs, as well as early childhood development.

Supports investments in renewable energy to fight climate change. Believes a way to protect the environment would be to strengthen whistleblower protections to raise awareness of issues with environmental regulations.

Endorsed by the Pennsylvania Democratic Party, Allegheny County Democratic Committee and Michelle Boyle, a former Democratic candidate for state Senate District 38, who dropped out of the primary in February.