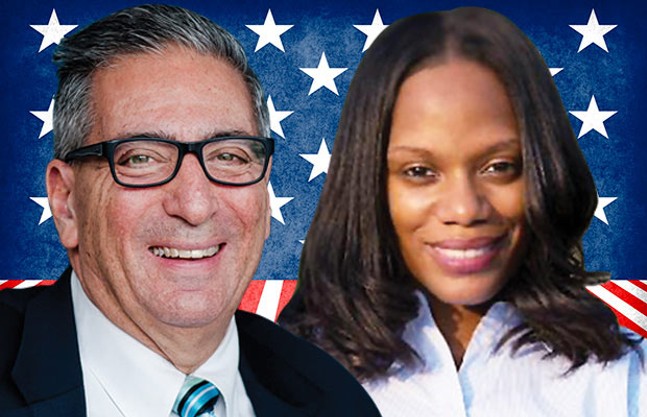 Pennsylvania State Rep. Paul Costa has represented the 34th District for the past 20 years, facing little to no opposition until this year. His opponent, Summer Lee, is backed by the Democratic Socialists of America and has gained community support for her progressive stances. The district covers areas east of Pittsburgh, as well as Braddock and Homestead, and is a mix of middle-class, mostly white suburbs and predominantly black towns along the Monongahela River.

Costa is an advocate for Braddock’s revitalization and says he has helped bring new, locally owned businesses into the community. He has spent the majority of his career involved in various local and statewide boards, including the Pennsylvania Higher Education Assistance Agency, the Wilkins Township Democratic Committee and House Liquor Control Committee.

In 2011, Costa voted in favor of a bill, later signed into law, which enacted onerous restrictions on abortion providers. He defends this vote by arguing that the law made abortion clinics safer. Costa is personally against abortion as a form of birth control, but voted against a 20-week abortion ban in 2016 and 2017. Costa also supports the Affordable Care Act.

Costa notes that fracking is legal and allowing it is a decision that local municipalities should make. However, if faced with a bill placing a moratorium on fracking, Costa says he would vote for it. In 2016, environmental group PennEnvironment gave Costa a 36 percent rating.

Costa says state funding for public education is not equitable. He believes schools should have well-rounded programming and seeks to get funding for underprivileged schools. Costa believes charter schools must be held to the same standards as public schools.

Lee has served in various organizer and activist roles throughout Pittsburgh. In 2016, she worked with Hillary Clinton’s presidential campaign and last year ran a successful write-in campaign for candidates for the Woodland Hills School Board. She currently serves on the Woodland Hills Commission on Youth Development and Learning. Believes her progressive policies can be funded by increasing taxes on wealthy Pennsylvanians.

Lee defends access to reproductive healthcare including the right to an abortion. Lee also supports a universal, single-payer healthcare system which would provide Pennsylvanians with healthcare minus co-pays, premiums and deductions.

Lee intends to be a "tireless advocate and organizer" for the environment. Among her goals are replacing lead water lines, investing in renewable energy and restoring funding to the Department of Environmental Protection. Lee opposes fracking and the proposed natural-gas well at the Edgar Thomson Steel Mill, near the District 34 boundary.

Lee has been endorsed by LGBTQ-rights group Equality PA and progressive political groups Our Revolution and the Pittsburgh chapter of the Democratic Socialists of America. Has support from Food and Water Action, a lobbying group to protect access to safe food and clean drinking water.