A brief round-up of some of the year's lesser-seen, but still good (and good-ish) films

By now, you've undoubtedly seen myriad Best Films of 2014 lists, and there's no point in repeating a list of the worthy winners.

Instead, I'd like to briefly revisit some films that perhaps didn't get as much attention, or weren't greatest movies ever but still have something to offer, or skipped your notice because they only played in town for a couple days. Most are now waiting for you in some home-entertainment format.

We Are the Best!

Girls Rock. In a year that felt like the problems of middle-aged white men were paramount at the cineplex, a few female-centered films made the cut. Obvious Child (a.k.a. the abortion comedy) was a sharply observed character study about a female slacker shifting into adult life. So too was Laggies, a Keira Knightley comedy that hit some predictable beats but also offered a winsome look at cross-generational female friendships. We Are the Best!, about a pair of Swedish teen girls who start an anti-sport punk band was simply the best. And 52 Weeks, which played one night at the gay film festival, is worth searching out: The Australian dramedy about a teenage girl sorting out her sexuality at the same time her mom is transitioning to a man was exceptional. 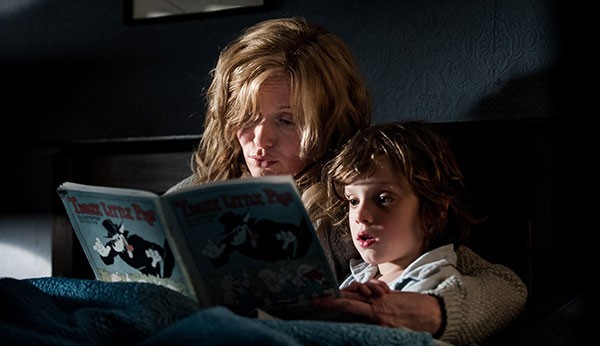 Girls Are Weird in Cool Ways. Scarlett Johansson did double duty this sci-fi year; there was the junky-but-fun Lucy, a mind-expanding (literally) revenge pic, and the weird and compelling arthouser Under the Skin, in which she played an alien who picks up and kills men. Also, trippy: The Congress, a live-action/animated hybrid in which Robin Wright plays and reclaims her own avatar in a bizarro future.

Some Nice Guys Went Dark: After seeing the blood-and-drums male melodrama Whiplash, you will fear J.K. Simmons. Jake Gyllenhaal plays a sociopathic newshound in Nightcrawler. Robert Pattinson and Guy Pearce take a disturbing road trip in a dystopic Australia, in The Rover.

Forget American Horror Stories. This year's two best horror films came from Australia, and were fronted by actresses: Housebound and The Babadook.

Good Work, People: Standard bio-pic but Chadwick Boseman worked his tail feathers off to portray the Godfather of Soul, James Brown, in Get on Up. Michael Fassbender is a great actor, even when his actual head is encased in a giant fake head, as in the offbeat "showbiz" flick, Frank. SNL vets Kristen Wiig and Bill Hader play a matched set of depressed siblings in The Skeleton Twins. In Locke, Tom Hardy sits in a car and makes a lot of phone calls and you can't stop watching. You already know they're fine actors, but John Lithgow and Alfred Molina, as longtime partners in Love Is Strange, are epically, quietly heartbreaking. 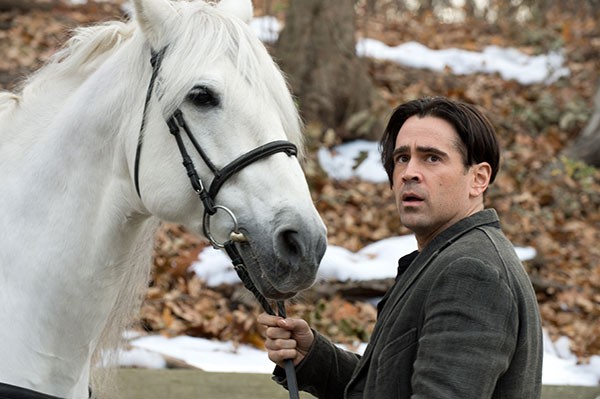 And Finally, the Losers: For lack of achievement in comedy, Sex Tape. For pointless action, the Arnold Schwarzenegger ham-fest, Sabotage, which earned bonus points for not containing any sabotage. And for all-around dreadful — incoherent plotting, bad accents, fake snow and magical horses — the "romance" that was Winter's Tale.

Editor's Note: An earlier version of this story listed Sylvester Stallone as the star of Sabotage.