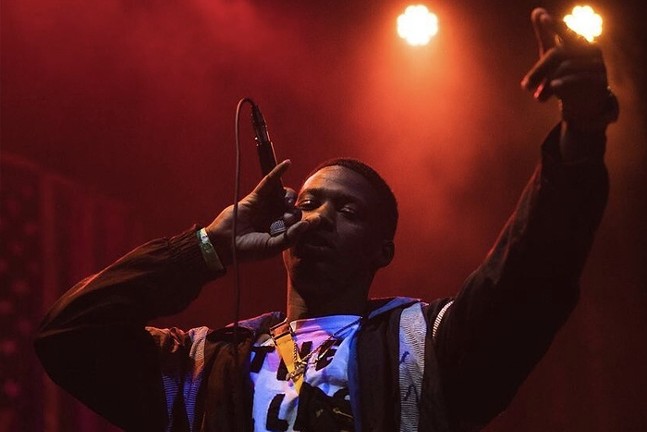 1Hood combines music and activism to a one-of-a-kind effect here in the city. The Pittsburgh nonprofit's work in the community has resulted in many programs and performances, making them the recipients of awards and grants.

Now, 1Hood is teaming up with Pittsburgh Playhouse, the four-story, state-of-the-art facility located in Downtown's Point Park University campus, for a night of music. Part of the Playhouse's Inside/Outside Summer Concert series, 1Hood artists will perform for Pittsburghers downtown on Fri., July 15 at the Forbes Avenue Plaza.

"1Hood Media is an amazing organization we’re thrilled to be partnering with. Their work has always been at the intersection of art, education, social justice, advocacy, and community; and deeply rooted in Black Pittsburgh," says Garfield Lemonius, Artistic Director of the Pittsburgh Playhouse, in an email. "They are curating three events this summer and we hope to continue and expand the partnership for many years to come."

Some of the 1Hood artists performing at this event include Treble NLS, Said, Jasiri X, NLS Ron, and JM the Poet, with additional musical support provided by DJ QRX.

This event is the second in a three-part series collaboration with the Playhouse. The first was an R&B showcase with Dejah Monae, Robin Grayson, and Mani Bahia and the Mob on June 24. On Fri., July 22, 1Hood will present Next Level Slam, a slam poetry competition with guest partners Alumni Theater Company.
1Hood Media presents Hip Hop. 6-7:30 p.m. Fri., July 15. Pittsburgh Playhouse. 350 Forbes Ave., Downtown. $20. playhouse.pointpark.edu