The group is asking supporters to provide transportation and food for people attending the trial of Rose’s shooter, which begins March 19 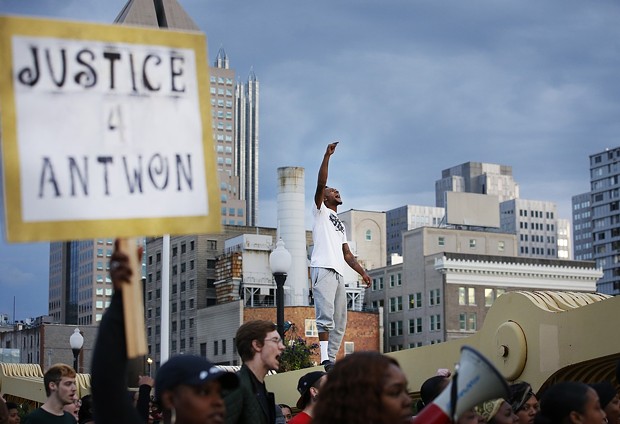 Rosfeld is charged with criminal homicide in the shooting death of Rose, an unarmed 17-year-old Black boy, on June 19, 2018. Rosfeld shot Rose three times as the teenager fled a car after a traffic stop. Rose was a passenger in that car, which police suspected of being involved in a drive-by shooting in North Braddock minutes earlier. Protests throughout the city carried on for several consecutive days following the fatal incident.


As we prepare for the impending trial, here are some ways we can rally around Antwon Rose II’s Family. Please share and show love! #J4A pic.twitter.com/IgznJsdm8T

1Hood Media is asking for people to provide transportation to and from the trial, as well as food for attendees. They are also calling on supporters of Rose’s family to fill the courtroom as a show of support and to send Cash App donations to Rose’s mother via $Antwonsmother. Those wishing to offer support can email justiceforantwonroseII@gmail.com.

Community members and protest organizers are looking to keep the peace during the trial period at the request of the family, according to WTAE.