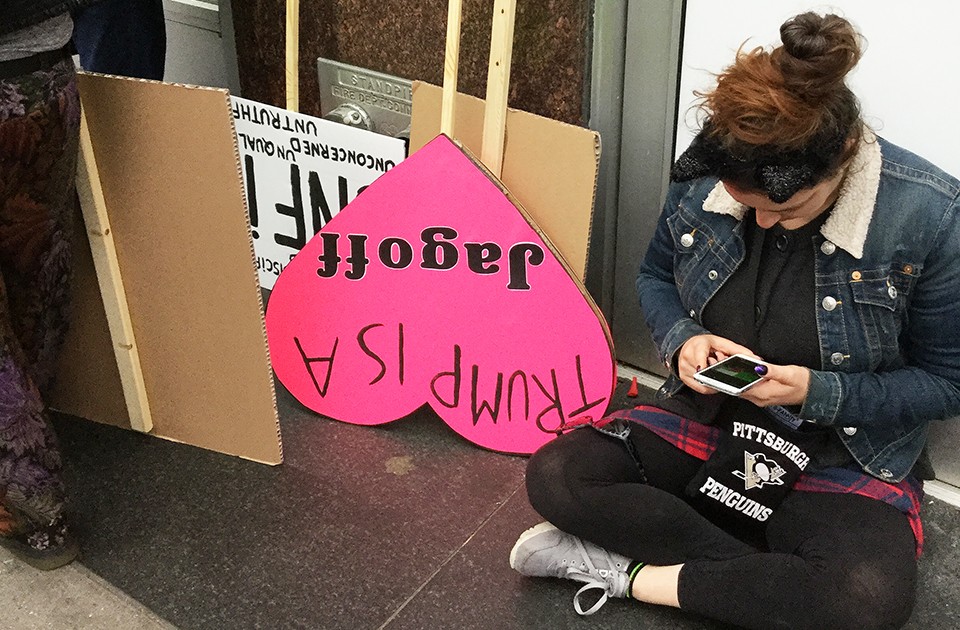 • LOCAL: City Paper catches up with members of the Pittsburgh legal community calling for resistance against Trump administration.

• In a tweet — deleted and then followed by an amended tweet — Trump declares the media “the enemy of the American people.”

• Reuters reports that the FBI has three separate investigations, including one at its Pittsburgh office, into the suspected Russian hacking during the election.

• “I don’t have any issues with the press myself.” — Defense Secretary James Mattis, responding to a question about Trump’s criticism of the media

• Milo Yiannopoulos resigns from his post as technology editor at Breitbart news.

• Trump visits the National Museum of African American History in Washington, D.C., and gives some remarks:

>> And HUD [Department of Housing and Urban Development] has a meaning far beyond housing. If properly done, it’s a meaning that’s as big as anything there is, and Ben [Carson] will be able to find that true meaning and the true meaning of HUD as its secretary.

• “Give him time.” — Zimbabwean dictator Robert Mugabe on Trump 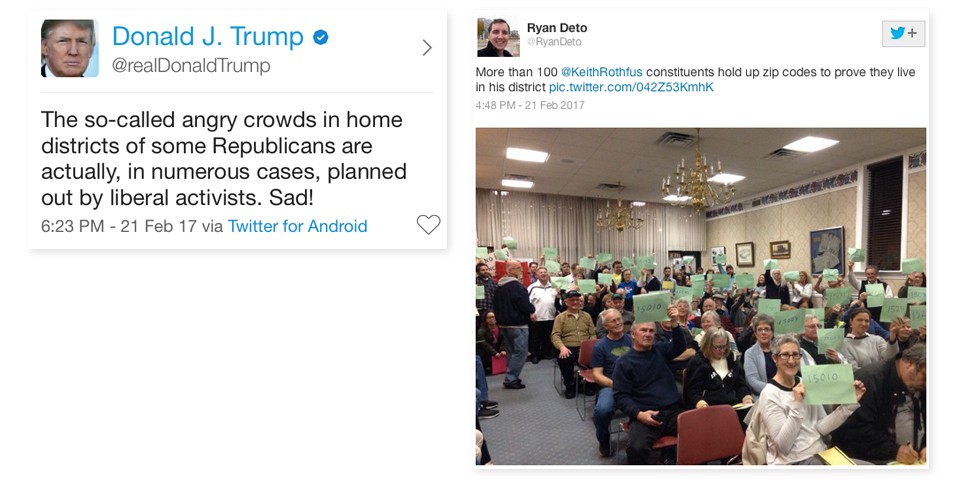 • The Washington Post debuts a new motto for its front page: “Democracy Dies in Darkness.”

• At Standing Rock, N.D., the protest camp opposed to the Dakota Access pipeline begins to disperse.

• LOCAL: For City Paper, comics journalist Em DeMarco sketches out what rights immigrants have under the law.

• Town-hall meetings with Congresspeople are getting raucous. The Washington Post offers a handy online Yell-o-Matic that lets readers pick politicians from a menu and watch videos of them being yelled at.

• Seven Earth-sized planets in a temperate zone have been spotted around a nearby star.

• Reuters publishes an interview with Trump in which he says he wants to expand the U.S. nuclear arsenal: “If countries are going to have nukes, we’re going to be at the top of the pack.”

Keep clicking below for more weeks: