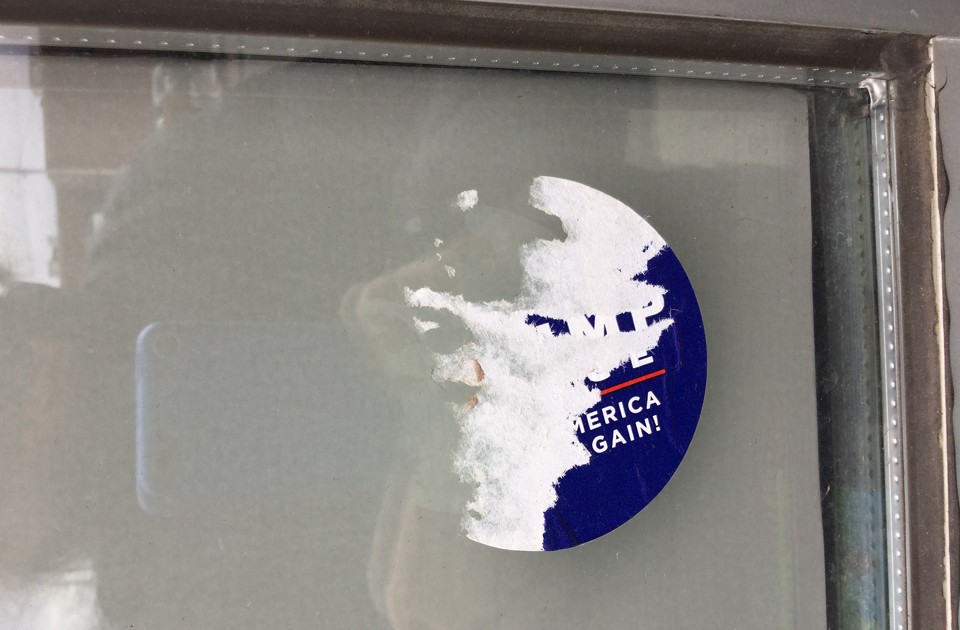 • Breaking with the policy set by the Obama administration, the White House says it will no longer release visitor logs.

• The Washington Post reports that, in the first quarter of 2017, ICE arrests for immigrants with no criminal records rise.

• Vice President Mike Pence, at a press conference in Seoul, South Korea, warns North Korea: “Just in the past two weeks, the world witnessed the strength and resolve of our new President in actions taken in Syria and Afghanistan. North Korea would do well not to test his resolve — or the strength of the Armed Forces of the United States in this region.”

• Trump tweets a book recommendation: “A great book for your reading enjoyment: ‘REASONS TO VOTE FOR DEMOCRATS’ by Michael J. Knowles.” The book is filled with blank pages.

• The White House hosts its annual Easter Egg Roll for children, which opens with an address from Trump: “This is the 139th Easter Egg Roll. Think of it — 139. It began a long time ago — 1878. And we will be stronger and bigger and better as a nation than ever before. We’re right on track.”

• At the White House press briefing, Press Secretary Sean Spicer defends the decision to keep the visitor logs secret: “I think that we recognize that there’s a privacy aspect to allowing citizens to come express their views.”

• “Oh God, is that all? It’s like dog years or something.” — Sen. Elizabeth Warren, on The View, reacting to Trump’s 89 days in office

• Shattered, an account of Hillary Clinton’s presidential campaign by Jonathan Allen and Amie Parnes, is released. The New York Times reviews it: “In chronicling these missteps, ‘Shattered’ creates a picture of a shockingly inept campaign hobbled by hubris and unforced errors, and haunted by a sense of self-pity and doom.”

• The naval “armada” that Trump said on April 11 was heading north toward the Korean peninsula is revealed to be traveling south and is currently in waters near Indonesia.

• Trump gives a speech at Snap-on Tools in Kenosha, Wis., touting “buy American” and “hire American.” In the same speech, Trump claims: “No administration has accomplished more in the first 90 days.”

• No candidate wins more than 50 percent of the vote in an open election for Georgia District 6 to fill the seat of Rep. Tom Price, now secretary of health and human services. There will now be June 20 runoff between Democrat Jon Ossoff and Republican Karen Handel.

• “After a thorough and careful review of the allegations, the Company and Bill O’Reilly have agreed that Bill O’Reilly will not be returning to the Fox News Channel.” — Statement from 21st Century Fox, Fox News’ parent company

• “Don’t you brag to me that you never read a book / I never put my faith in a con man and his crooks.” — Pittsburgh musician Joe Grushecky and Bruce Springsteen team up for the protest song, “That’s What Makes Us Great.” 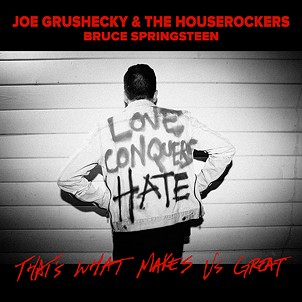 • Politico checks in with Trump’s promise to have a cybersecurity plan in place by 90 days. There doesn’t appear to be one.

• Italian Prime Minister Paolo Gentiloni visits the White House. At a joint press conference, Trump cites musical artists Verdi and Pavarotti (“a friend of mine, a great friend of mine”) and previews the updated health-care bill: “The plan gets better, and better and better. And it’s gotten really, really good. And a lot of people are liking it a lot.”

• In an interview with radio host Mark Levin, Attorney General Jeff Sessions, referring to Honolulu-based federal judge Derrick Watson, who put a halt to Trump’s second immigration order, says: “I really am amazed that a judge sitting on an island in the Pacific can issue an order that stops the president of the United States from what appears to be clearly his statutory and constitutional power.”