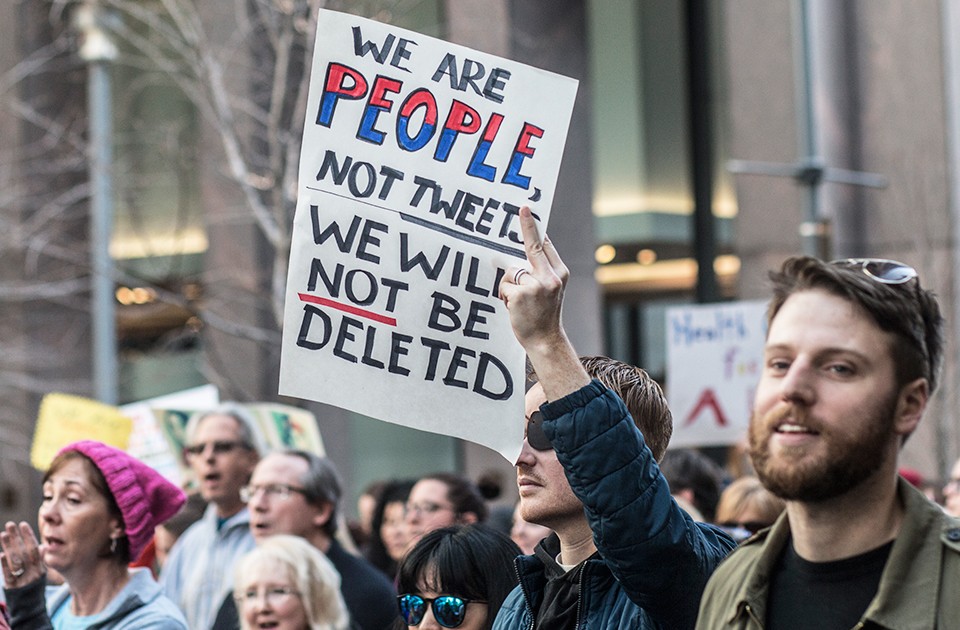 • The Trump Organization settles a two-year lawsuit with chef José Andrés over a restaurant deal at the Trump International Hotel, in Washington, D.C. Andres had quit the deal, expressing displeasure over candidate Donald Trump’s comments about Mexican “rapists” and “killers.”

• Angie’s List pulls its ads from The O’Reilly Factor.

• LOCAL: The proposals are in for Trump’s border wall, and one Pittsburgh area firm has an idea for a unique feature: a moat filled with nuclear waste.

• Two people were treated for rabies as a precaution after the remains of a bat were found in the packaged salad mix they had eaten.

• In the White House Rose Garden, Neil Gorsuch is sworn in as the 113th Supreme Court justice.

• Trump congratulates Gorsuch, and thanks the Senate Majority Leader: “I especially want to express our gratitude to Senator Mitch McConnell for all that he did to make this achievement possible.” 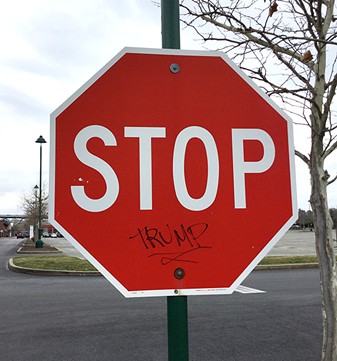 • Video of a man being dragged off a United Airlines plane goes viral.

• The FCC withdraws a proposal that would have allowed passengers to make mobile calls in flight on airplanes.

• A spokeman says Russian President Vladimir Putin would not meet with Secretary of State Rex Tillerson during his upcoming visit to Russia.

• LOCAL: City Paper looks at how some local lawmakers have changed their views on Syrian intervention since Trump was elected.

• “I like Steve, but you have to remember he was not involved in my campaign until very late.”  — Trump discussing his chief strategist Steve Bannon, in a New York Post interview

• The Washington Post reports that the FBI obtained a FISA warrant last summer to monitor Trump campaign adviser Carter Page, and any ties to Russia.

>> “I think when you come to sarin gas, there was no — he was not using the gas on his own people the same way that Assad is doing.”

>> “There was not — he brought them into the Holocaust center, I understand that. But I’m saying in the way that Assad used them, where he went into towns, dropped them down to innocent — into the middle of towns.”

• “What I found was a city that has transformed itself into a vibrant cultural and artistic hub, all while remaining true to its Rust Belt roots.” — The New York Times writes another story about Pittsburgh

• HUD Secretary Ben Carson gets stuck in an elevator during a visit to Miami’s Overtown public-housing complex.

• The Daily Mail, in the U.K., apologizes for an article it ran in August 2016 alleging that Melania Trump had worked as an escort. “We accept that these allegations about Mrs. Trump are not true and we retract and withdraw them. We apologise to Mrs. Trump for any distress that our publication caused her. To settle Mrs. Trump’s two lawsuits against us, we have agreed to pay her damages and costs.”

• In a televised interview with Fox Business News’ Maria Bartiromo, Trump recalls the strike on Syria: “We had finished dinner. We’re now having dessert. And we had the most beautiful piece of chocolate cake that you’ve ever seen and President Xi was enjoying it. … So what happens is I said we’ve just launched 59 missiles heading to Iraq [sic] and I wanted you to know this. And he was eating his cake. And he was silent.”

• In a Wall Street Journal article, Trump says China is not a currency manipulator, a claim he had made frequently while campaigning.

• “I said it was obsolete. It is no longer obsolete.” — Trump on NATO, at a joint press conference with NATO chairman Jens Stoltenberg

• The federal hiring freeze imposed in January is lifted by the Trump administration.

• Bill O’Reilly announces that he’s taking a long-planned vacation, and will return to the air April 24.

• On Fox & Friends, EPA director Scott Pruitt discusses the U.S. role in the Paris climate agreement: “Paris is something that we need to really look at closely. It’s something we need to exit, in my opinion.”

• The Miami Herald reports that in January, health inspectors cited the restaurant at Mar-a-Lago for 13 violations, including ham stored at 57 degrees.

• The U.S. drops a 21,000-pound Massive Ordinance Air Blast bomb (MOAB, a.k.a. “mother of all bombs”) on an ISIS complex in Nangarhar, Afghanistan.

Keep clicking below for more weeks: