CP photo: Jared Wickerham
Fences star Denzel Washington at the Hill House in Pittsburgh
Over the last several years, Pittsburgh has gained a lot of traction as a location to film movies and television series. Big blockbusters like The Dark Knight Rises and The Avengers have used the Steel City has a backdrop for urban scenes, big explosions, and nonstop action. Shows like Mindhunter have found Pittsburgh and its surrounding towns to be useful for authentically recreating settings of 1970s-era America.

But many of those popular films and series have only utilized Pittsburgh, not represented it. They haven’t told Pittsburgh’s story or showcased what the city and region are all about. There are movies like that out there. They might not sell as many tickets or garner as much attention as other movies, but if you’re looking to feel nostalgic or proud of Pittsburgh, these 10 movies do the best job. Photo: Sony Pictures
Tom Hanks as Fred Rogers in A Beautiful Day in the Neighborhood

A Beautiful Day in the Neighborhood

Any movie that depicts Fred Rogers (played by Tom Hanks) consoling and helping a man work through his mental health issues with radical kindness is a shoe-in for this list. Combine that with B-roll photos of Pittsburgh's landscape recreated in miniature form, and Pittsburghers are sure to feel warm and fuzzy about their city, and its kindest and most generous son, Mr. Rogers.

The setting of Adventureland isn’t announced as Kennywood in the film, but the movie shot many scenes at the iconic theme park and Pittsburghers will easily recognize the attractions. Combine that with an easy going script, and you’ll be craving some Potato Patch fries and a ride on the Jack Rabbit.

Denzel Washington’s adaptation of August Wilson's play is genuine, tragic, and emotional. But it also depicts a Pittsburgh with a thriving Hill District and is the story of a Black man providing a middle class life for his family, even as the man, portrayed by Washington, struggles emotionally with raising his son. The Hill District scenes in Fences depict beautiful views of Downtown and are an important reminder of what happened to such a thriving Black Pittsburgh neighborhood.

The Fish that Saved Pittsburgh

Pittsburgh and professional basketball, historically, don’t really go well together. But in comedy fantasy film The Fish that Saved Pittsburgh, we get to imagine Pittsburgh with a team, and through the power of astrology, the team makes it all the way to the finals. The film is funny, a bit absurd, magical, and has Julius “Dr. J” Irving in the starring role. With scenes filmed at the Civic Arena and in Pittsburgh, it's a good time. 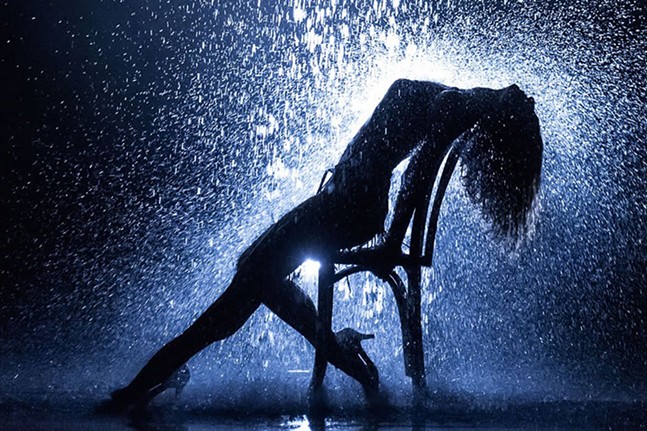 The film itself is a little silly, and not really well produced, but scenes in industrial sites, the Carnegie Museums in Oakland, and an old warehouse are vintage Pittsburgh. Also, the opening scene where Jennifer Beals bikes all over Pittsburgh, including multiple bridges, is a beautiful tribute to the Steel City.

Opening up the film in Pittsburgh is a nice touch, but most of the film is set in Punxsutawney. The movie is not actually filmed in the small Western Pennsylvania town, but the small-town charm of the region is evident. Also, the movie is very funny and a joy to watch. Bill Murray is a treat. 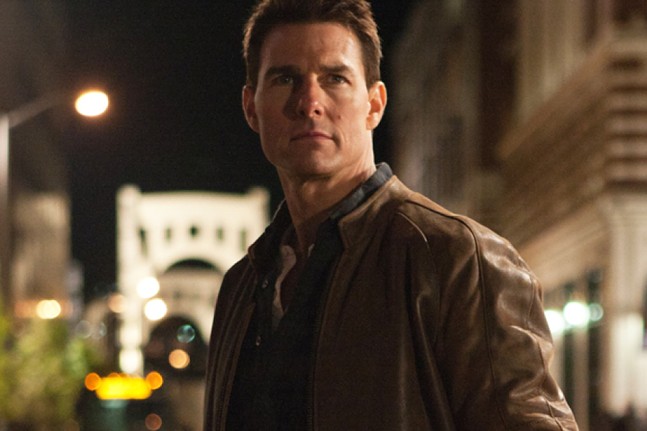 Probably the biggest blockbuster filmed and set in Pittsburgh, this Tom Cruise action movie has tons of sweeping vistas of Downtown and the three rivers. There is even a short scene that includes the iconic old Wiener World sign. The movie is fun action like most Cruise films and has lots of opportunities for Pittsburghers to shout, “I know that place.”

Perks of Being a Wallflower

This film is a pretty tragic coming-of-age story about growing up in Pittsburgh. It's based on Pittsburgh-native Stephen Chbosky’s novel of the same name (Chbosky also directed the film). It’s a bit of a love letter to Pittsburgh, but it also has important lessons about mental health, as well as solid depictions of LGBTQ teenage life. Pittsburgh really shines in a montage that includes the famous car ride through the Fort Pitt Tunnel and over the Fort Pitt Bridge.

Though set in the fictional town of Charlestown, Slap Shot was filmed in Johnstown (with some scenes in Pittsburgh). It’s generally understood that the film was inspired by the sale of the Johnstown Jets hockey team. The film is funny and well loved, and it really is a great depiction of western Pennsylvania mill towns that were starting to struggle financially, but not to the level that we see today.

Based on Michael Chabon’s novel of the same name, Wonder Boys was a bit of a flop when it was released, but it attracted critical acclaim later. The movie includes scenes set in the Hill District, Sewickley Heights, Carnegie Mellon University, and other Pittsburgh locales. Plus, North Side favorite Modern Cafe hosts a pretty memorable scene of the film.