Plus, an interview with a funk/jazz/rock outfit from Pittsburgh 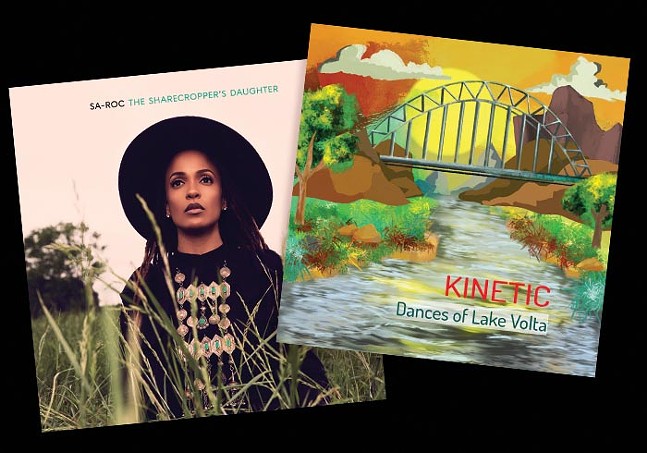 Welcome to the first 2022 installation of Soulshowmike’s Album Picks. I normally focus on full releases in this column, then wrap the year with a December compilation of the year’s best. This time, I thought you might also enjoy a bonus listing of my favorite 2021 tracks. Here they are, along with assorted thoughts:

• “Ya Habibi” by Afro Yaqui Music Collective
I heard this song played live at James Street several years ago, and it was great to hear it burned to wax. Great local music.

• “Another Day” by Kinetic
More great local music, from essentially another collective led by Duquesne University professor Joe Sheehan.
• “Why Can’t We Live Together” by Lonnie Smith with Iggy Pop
We have the remake of a 1972 classic, the unlikely pairing of punk godfather Iggy Pop with Hammond B3 master Dr. Lonnie Smith, and the poignancy of Smith’s final recording project. The groove is hypnotic.
• “Justice” by Dumpstaphunk
• “Rocwell’s America” by Sa-Roc
• “Wake Me” by Nigel Hall
• “Stand for Myself” by Yola
• “Pretend” by Brandee Younger with Tarriona “Tank” Ball
• “Together Again” by Angelo Moore & The Brand New Step
• “Wild Turkey” by Amythyst Kiah

Now let’s come back to Pittsburgh music. The funk/jazz/rock outfit Slam Band & Sam emerged onto the local scene in 2021 with major gigs at Three Rivers Arts Festival and Hartwood Acres. We caught up for an interview about their origins, their freshman EP, and shows on the horizon. Watch it here:

Mike Canton is the longtime host and producer of The Soul Show on WYEP 91.3FM. He recently launched a syndicated edition of the program, now airing in four markets. Both are produced in his Electric Basement Studios. Canton is also a Pittsburgh-area voice artist.