Last week, we tipped you off to some local music crowdfunding campaigns on our music blog — now here are a few currently funding non-music projects:

— Currently featured on the Kickstarter front page is Gennadiy, a new documentary by the Pittsburgh crew that brought us Blood Brother. They're about 36 percent of the way to their $40,000 goal, with a little less than a month to go.

— Cryptic All-Stars is a book of cryptic crosswords by constructors from around the world. The biggest surprise here to me: There's someone in Pittsburgh who makes cryptic crosswords! I can never even solve them.

— Also, while Hondros: A Life in Frames isn't locally based, it's based on the life of a photographer with local ties. Chris Hondros, a photographer killed in Libya, had spent time in Pittsburgh. (He was part of a show at Space in 2007.)

— Over at Indie Go Go, try this one on for size: The Three Rivers Storytelling Festival is regrouping, and needs some cash to do so. Their $700 campaign is funding for another three weeks. Who doesn't love a good story?

— And Organic Theatre of Pittsburgh is raising funds to present Scarcity, by Lucy Thurber. The environmentally friendly theatre group has a little over a month to raise $1500 for the August production.

This edition of Localism looks at a few items available from local vendors on Etsy ... just in time for Valentine's Day, JUST SAYIN'. 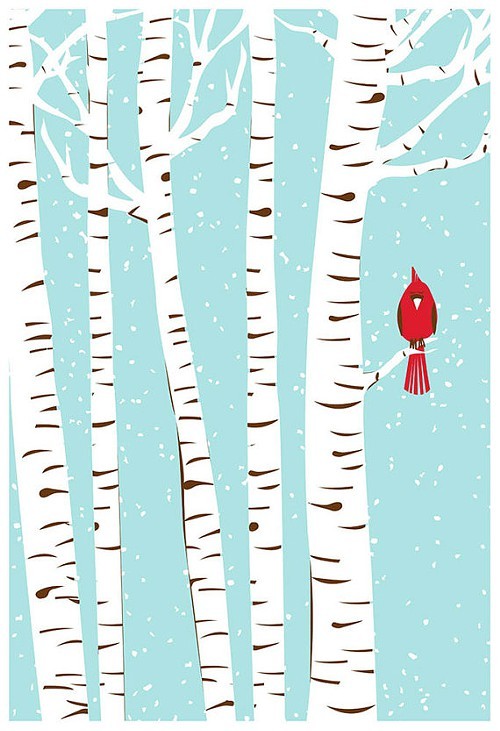 — This wintry art print might look a little like a certain newspaper's Winter Guide cover from a few weeks back; that's because it's made by StrawberryLuna, the team that also did our cover! Pretty sweet.

— This, right here, is a t-shirt that celebrates one's Fourth Amendment protection from illegal search and seizure. What it lacks in graphics it makes up for with gravitas.

— I guess I like birds pretty good, so I'm kind of biased, but this bird print looks pretty cool to me. Also, the name "Seed Hunter" kind of makes me giggle.

— Aaaand, OMG MELT WITH THE HAPPY WHEN YOU CHECK OUT THIS SNAIL MAIL VALENTINE!!!

Help fund a new album from Lovebettie, a youth ballet and more

Welcome to another installment of Localism. Today, we're looking at a few Pittsburgh-based projects that are currently funding on crowdfunding sites like Kickstarter and IndieGoGo:

— Local band Lovebettie is looking for $10,000 to record and release a new album and book a U.S. tour. Backers at the $300 level can get a haircut and style!

— This project, for a cool deck of cards from a local designer, is already overfunded, but you can still secure your pack of cards, so go for it! Only funding for two more days.

— HOW CAN YOU F WITH THE DREAMS OF A YOUTH BALLET? GO FUND THIS ONE NOW!!!

— Local retailer Awesome Books could use a little help.

— SPEAQ is a new LGBTQA open-mic series that could use a boost from you.

Welcome to another edition of Localism! Today, we look at some items for sale on Etsy from Pittsburgh-based crafters and resellers. 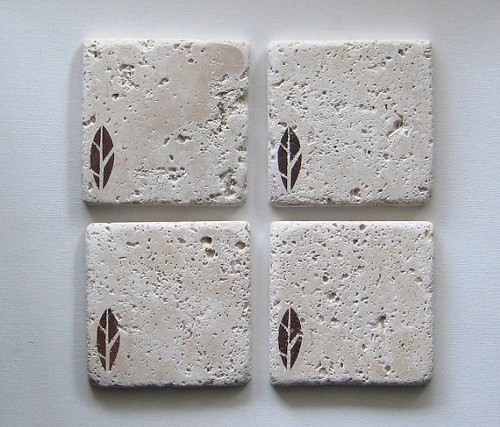 — These tumbled marble coasters are pretty cool, if you're the coaster type. And the marble type.

— It's that lovey-dovey time of year, and this dinosaur Valentine, from our friends at Alternate Histories, might be the perfect way to tell your honey that s/he makes your cold blood run warm.

— This may be my favorite Etsy listing in quite some time: douchey bro sunglasses.

— These look neat, but what are cabochons? I don't know anything.

— This is basically exactly what the title says it is: Occupied Japan/ Victorian Lady on the Commode Figurine.

Helping the Hollywood go digital, preserving the history of PA hardcore and more

It's been a while since we did a crowdfunding Localism post, so let's get down to it: Here are some currently-funding projects local to Pittsburgh!

First, a long-term one, of some importance: The Hollywood Theater in Dormont has closed and reopened numerous times, and now the folks running it are looking to go digital. They're looking to raise $70,000 for the transition via their Go Digital or Go Dark campaign on Indie Go Go.

This one's not exactly locally based, but sort of: Some folks from Philadelphia are working on a documentary about the history of hardcore in Pennsylvania, and they need more money to make it to the western half of the state. So if you want to see Pittsburgh hardcore represented, you should probably give them some cash; otherwise it might become Eastern Pennsylvania Hardcore: A Documentary.

Local ska/reggae band The Pressure is working on a new release and wants your help making it happen; check out the band's Kickstarter project here.

This one is pretty nuts: The folks at Love Bikes want to raise money to start making bikes from bamboo, right here in Pittsburgh. With five days left, they're over halfway to their $2,000 goal.

First stop: Christmas cards. How about some aliens-and-robots cards, courtesy of Alternate Histories?

(Here are some more traditional handmade Christmas cards, for what it's worth.) 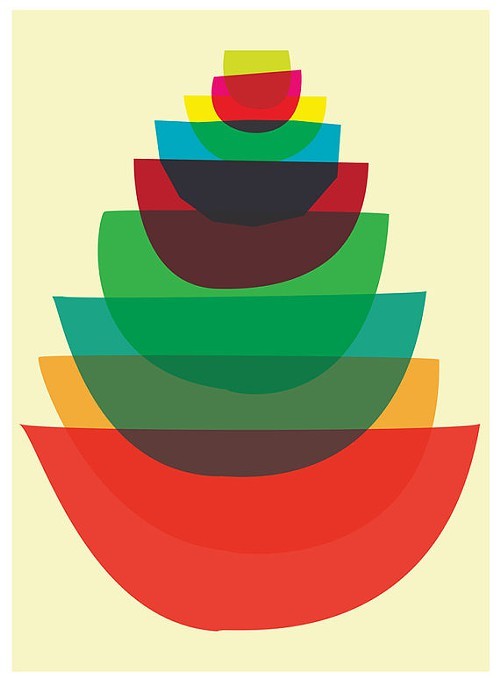 This print is a pretty awesome mod-looking design from local designer superstars StrawberryLuna. (They, by the by, have a holiday sale going on for many of their items.)

There's a new issue of Ker-bloom!, the letterpress-printed zine created by Pittsburgher Artnoose — who doesn't want a zine for the holidays?

Given the way the season is going, you might want to get this for your child.

And what better way to combine the gift-giving holidays with the real Western Pennsylvania holiday season — deer season — than stud earrings made from Winchester bullets?! Or Mossy Oak camo baby togs?

More to come in the weeks ahead, but I think that should be enough to keep you busy and spendy for now.

In today's edition of Localism, we're going to look at some items on offer from Pittsburgh-area Etsy shops. I didn't mean for it to turn into a Halloween edition, but it sort of got that way toward the bottom. Yikes.

I don't even know what exactly to say about this one, which I guess is a rainbow-colored knit jellyfish that you ... put on top of a jar? For a good time, toggle between the second and third photo on the page ... it looks like the poor little guy is getting depressed.

I'm a sucker for 1" buttons with things on them — next time you see me, ask about my Mary Worth pin. This shop has more classically masculine comic figures, but, different strokes.

Here's a key fob with your very favorite line from Paul's Letter to the Ephesians on it.

This is a pair of dried chicken feet, and I am spooked.

The 225-page anthology will be titled Life Begins at Incorporation, referencing Bors’ riff conflating pro-life zealotry with the right-wing insistence that corporations are people. My friend.

This former Pittsburgher’s cartoon world is one in which female body parts become superheroes like the Avenging Uterus, bringing justice to a world gone mad.

In his newly posted Kickstarter video, Bors says the essays in his book will introduce chapters of cartoons, with themes ranging from religion and gay rights to, of course, “politicians who don’t know how vaginas work.”

When he’s not taking down conservative know-nothings, Bors also rips on the Obama administration’s still-raging “war on terror,” including murderous, extra-legal drone strikes in Pakistan.

The book will also include work from Bors' unembedded 2010 trip to Afghanistan.

Bors says he’ll use the funds to take some time off free-lance work for writing, and to hire an editor and designer to help him finish the book. “I want it to be fucking good,” he adds.

Besides CP, Bors’ work appears regularly in The Sacramento Bee and Portland Mercury, and on Daily Kos. He also has print and web credits in the L.A. Times, The Nation, Village Voice and The Daily Beast, among many others.

Bors is the comics journalism editor for Cartoon Movement, a website devoted to international political cartooning.

The Canton, Ohio, native is an Art Institute of Pittsburgh grad who started cartooning in 2003, after the U.S. invaded Iraq.

He doesn’t get back here much, but in 2010, he visited to promote War is Boring, a graphic novel he illustrated, written by conflict journalist David Axe.

A plus-size fashion line, a history book, a magazine re-launch, a solo album

Today's installment of our Localism feature looks at some currently funding Kickstarter and Indie Go Go projects headquartered in Pittsburgh.

— Headed up by a noted local fashion blogger, Zaftig aims to make a line of dresses for women size 10 and up. Mandy Fierens runs the Curvy Blogger blog, and has already begun to create dresses for the line. She's almost to her goal on the Kickstarter, though of course extra cash never hurts. There are two weeks left on the campaign.

— Relatively new on the site is this project, wherein Raina Kellerman wants to write a book about women in Civil War arsenals. Pertinent to local-history enthusiasts.

— Jenesis Magazine, which we've profiled in the past, is looking to recompose itself and relaunch; the folks behind it are looking to Indie Go Go to help. If the locally flavored hip hop mag is your style, perhaps you'd like to contribute.

— And Cait Cuneo, until now known as lead singer of the band Black Coffee, is working on a solo EP and wants you to be a part of it. Click here to check out some info on "Violet," if you please!

Todays' Localism post deals with stuff you can buy from Pittsburgh vendors on Etsy! Let's get to it!

— Obviously, before you can buy anything else, you want to get this vintage Safe Guard check writer. That way you'll have any easy method for paying for all the rest of your purchases.

— Dino lovers might want this set of OHMIGODSOCUTE dinosaur cupcake toppers and wrappers!

— In contrast, no one on earth ever should buy their baby a personalized Cleveland Browns hat.

— A traffic rosary! That is something I had not thought of, but that would be useful.