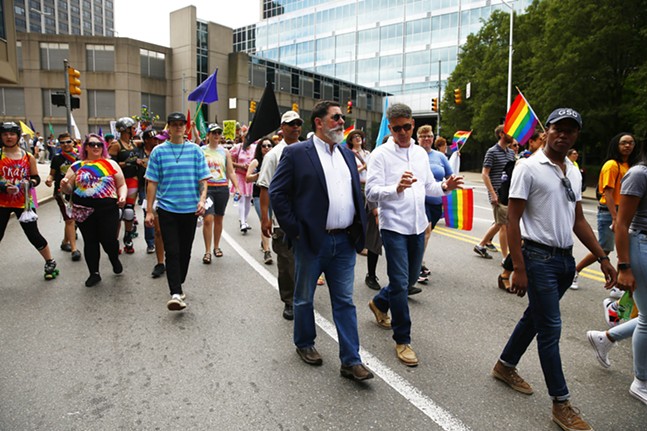 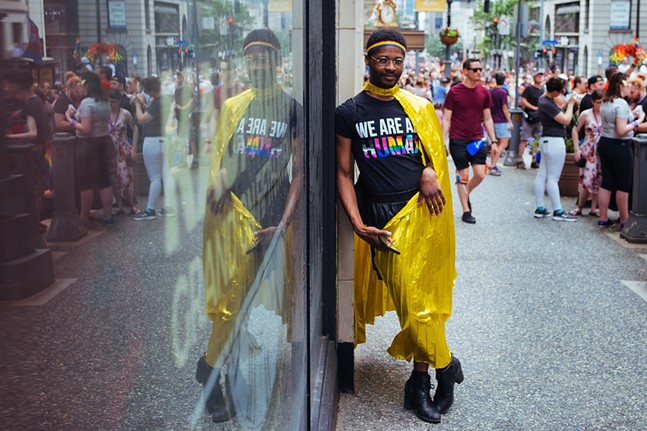 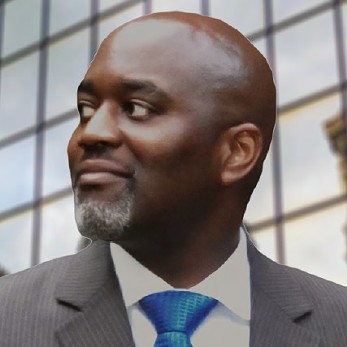 Photo courtesy of campaign
Turahn Jenkins
On July 2, Turahn Jenkins announced his candidacy for Allegheny County District Attorney in the wake of the shooting death of Antwon Rose Jr. The announcement was a passionate response to Rose’s death and a criticism of current D.A. Stephen Zappala’s not-so-stellar record prosecuting officers who fatally shot unarmed victims.

But just days into his candidacy, Jenkins is already facing calls to withdraw, thanks to his comments from a meeting with LGBTQ advocates. As first reported on local LGBTQ blog Pittsburgh Lesbian Correspondents, then confirmed in a Facebook post from LGBTQ advocate and labor advocate Maria Montano, four representatives from Pittsburgh’s LGBTQ community were told by Jenkins that he believes LGBTQ people are living in sin.

“Tonight I was asked to meet with new D.A. candidate, Turahn Jenkins, to talk about his stance on LGBTQIA+ issues after some disturbing revelations regarding his active participation in a church that is extremely homophobic,” wrote Montano on Facebook on July 6. “When asked if he believed that being gay/trans was a sin, he said yes and compared it to adultery.” 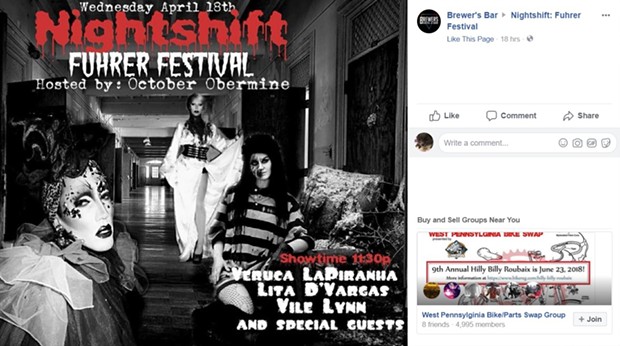 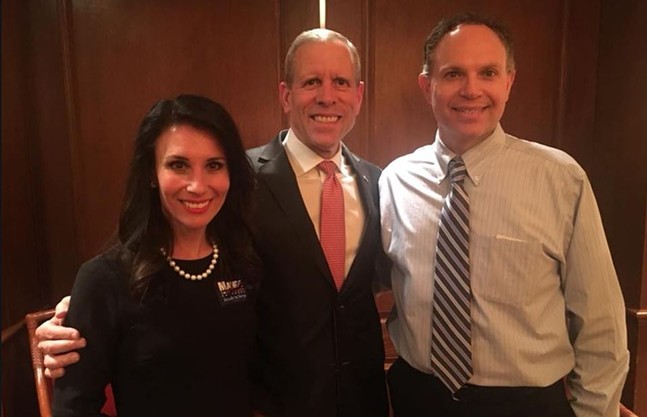 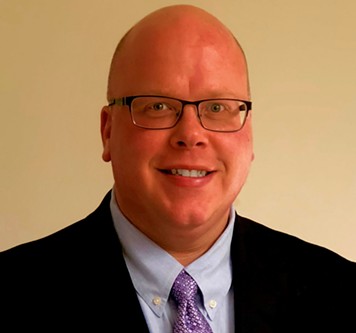 Photo courtesy of the candidate
Daniel Smith Jr.
Daniel Smith Jr. is a Butler County native and longtime resident, who grew up in Zelienople and now lives in Adams Township with his husband, Don. He has been paying close attention to his state representative, Daryl Metcalfe (R-Cranberry), for years. Smith has grown frustrated as Metcalfe has continually focused on bombastic and divisive issues, such as opposing same-sex marriage and attacking immigrants’ rights. Over the years, Smith felt that with every controversial Metcalfe issue that made headlines, Pennsylvania’s 12th House District suffered from being cast in a negative light.

Then a video was released in December 2017 of Metcalfe freaking out when his colleague, state Rep.Matt Bradford (D-Montgomery), touched him on the elbow during a committee meeting on land use. Metcalfe exclaimed, “I am heterosexual. I love my wife, I don’t like men, as you might. Stop touching me all the time.” The video went viral and was mocked on Jimmy Kimmel Live and Late Night with Stephen Colbert.

“The moment he had at the committee meeting, that was the straw that broke the camel’s back,” says Smith. “Yes, what [Metcalfe] said pissed me off. But I saw the rest of the representatives in the meeting shake their heads. And I was thinking, ‘How does a district keep voting for this person?’ Then I thought, I needed to do something.” 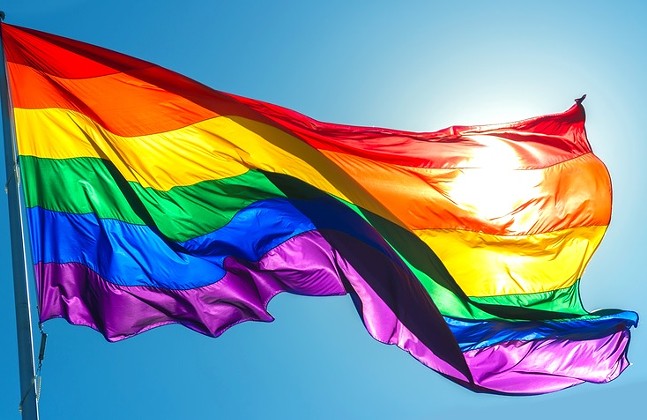 Photo courtesy of the candidate
Emily Skopov
On Dec. 5, a video of Pennsylvania state Rep. Daryl Metcalfe (R-Cranberry) exclaiming he is a “heterosexual” when a Democratic colleague touched his arm went viral. It spread so far and wide, that on Dec. 7 it was featured on the Late Show with Stephen Colbert and Jimmy Kimmel Live.

And the woman who is running to challenge Turzai’s state House District 28 seat, Democrat Emily Skopov of Marshall, was even more unambiguous in her request; she believes Turzai needs to remove Metcalfe from the committee chair.

“Mike Turzai needs to do the right thing and remove Daryl Metcalfe as chair,” said Skopov in a press release. “Metcalfe’s actions are repugnant and dishonor our state government. By allowing Metcalfe to continue as chair, Mike Turzai further demonstrates his lack of a moral compass, endorsing homophobia and bigotry. It is time for Speaker Turzai to grow a spine and do the right thing.”

Metcalfe is arguably the general assembly’s most anti-LGBTQ member. He has tried to deny spousal benefits to same-sex couples and tried to make it illegal for LGBTQ people to marry. Metcalfe also chairs the state House’s state government committee, and thus controls the fate of civil-rights legislation that can affect the lives of LGBTQ Pennsylvanians. He has used this position to refuse to let the Fairness Act see a vote (the bill would grant LGBTQ Pennsylvanians the same non-discrimination rights that minorities and Christians receive under federal law).

According to a 2015 study from the Public Religion Research Institute, 70 percent of Pennsylvanians support a statewide LGBTQ non-discrimination law, while only 25 percent oppose such a law.

Turzai, as the state House’s highest ranking member, has the ability to move Metcalfe out of the state government committee into another committee chairmanship, but he alone cannot strip Metcalfe from his current chairmanship, because of Metcalfe's seniority. It should also be noted that Turzai placed anti-marijuana state Rep. Matt Baker (R-Tioga) at the chair of the health committee, which was a main reason why the state took so long to pass a medical-marijuana bill, despite widespread public support.

In a Dec. 7 article in Lancaster's LNP , Turzai brushed off calls to move Metcalfe out of the state government chair seat. A request for comment to Turzai's office was not returned.

Regardless, Skopov feels that Metcalfe should be removed from the state government committee because of his anti-LGBTQ views, as well as other controversial behavior in the past. For example, even though the 1964 federal civil-rights act granted non-discrimination rights to immigrants, in 2015 Metcalfe attempted to pass English-only legislation and brought a white nationalist to Harrisburg to lobby for his cause.

“Time and time again, Representative Metcalfe has displayed bigotry, and Mike Turzai has remained silent,” said Skopov in a press release. “Mike Turzai either supports homophobia and bigotry or he doesn’t. If he refuses to strip Metcalfe of his chairmanship, everyone will know exactly where he stands.”


A Dec. 5 Pittsburgh Post-Gazette headline was one for the ages: “State Rep. Daryl Metcalfe comes out as heterosexual.” The P-G story was about Metcalfe (R-Cranberry) freaking out when state Rep. Matt Bradford (D-Montgomery) briefly touched his arm during a committee meeting about land-use policies.

“Representative Bradford, look, I am heterosexual,” said Metcalfe after Bradford tapped his arm. “I love my wife, I don’t like men, as you might. Stop touching me all the time.” 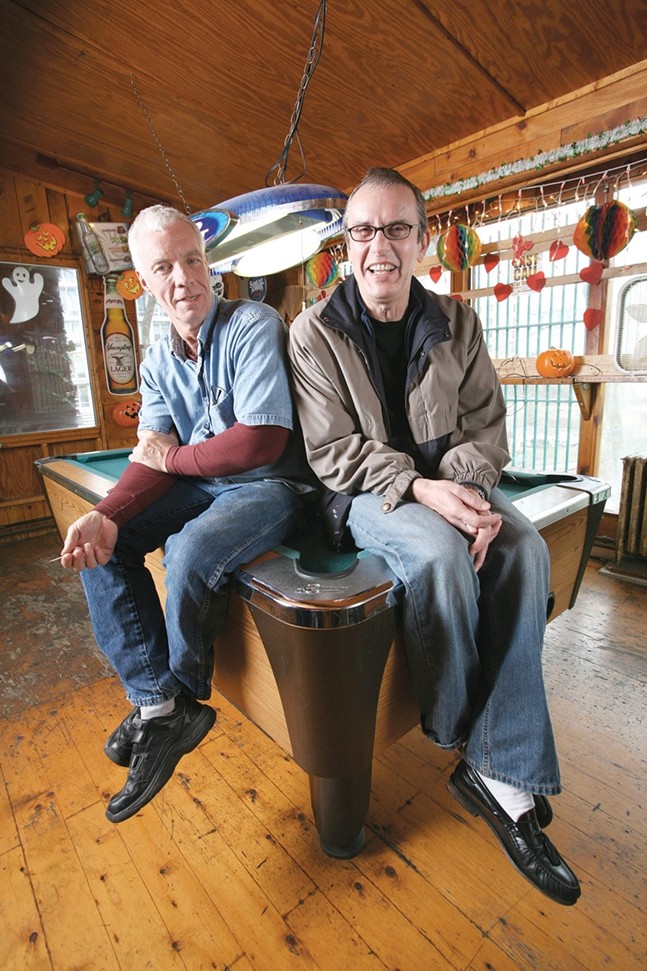 CP File Photo
Chuck Tierney (left) and Chuck Honse in April 2007, a few weeks before they closed their LGBTQ bar, the Holiday.
Chuck Tierney, a longtime LGBTQ activist and former co-owner of The Holiday Bar in Oakland died Oct. 11 from complications of liver cancer. And while he may be gone, his impact on Pittsburgh's LGBTQ community will be long remembered.

“I have gotten many calls from friends, who said they will really miss Chuck,” says Chuck Honse, Tierney's partner in The Holiday. “It is a big loss for me, but an even bigger loss to the community.”