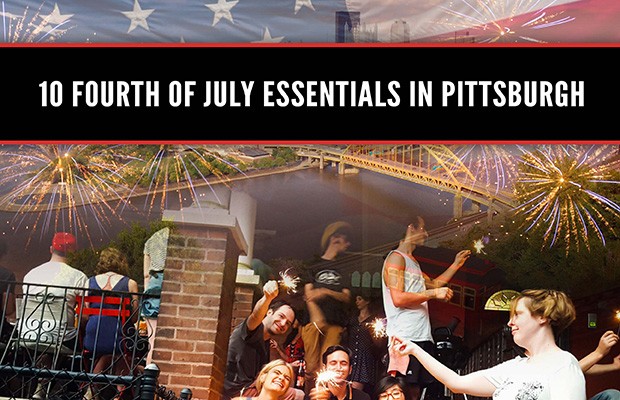 Pittsburghers are pretty patriotic. It was the Steel City that produced slabs of metal for tanks, planes, and boats during World War II. Patriotism is in our city's roots, too. Lewis and Clark's mission west started right here at the Point. So, it's no surprise that Pittsburghers go hard on the Fourth of July. This is our definitive guide on how to make your Fourth of July a little Pittsburgh extra.

No Fourth of July would be complete without representing the good ol' stars and stripes. You'll notice many Pittsburghers have flags up year-round, but July 4th is definitely the day to go full on with the Red, White and Blue decor.

In true Pittsburgh fashion of making everything Black and Gold, there is also a football variant banner. After all, you're in Black and Gold country. And what's more American than throwing the pigskin around? I think it could be argued that rocking any Pittsburgh sports jersey is about as American as rocking a flag shirt.

Americans love their beef, and Pittsburgh is no exception. Burgers have become a symbol of the American diner, and hotdogs bring to mind good times at the local ballpark or strolls through Kennywood.

Trade up that beef wiener for a kielbasa sausage. Go long-ways with a single sausage on a hot dog bun or cut two sausages at half the size on a burger bun. Liberally apply sauerkraut or Heinz ketchup.

On July 4th, we are not about that fine china life. Check your fancy table etiquette at the door. Just don't be an absolute pig—especially if you're at someone else's house. The last thing you need to worry about on July 4th is a bunch of messy dishes. Embrace the casual vibes.

Yes, the red plastic cups are quintessentially American, but Pittsburgh's moving in a green direction. So, why not embrace this movement and opt for paper cups instead? It's 2018, and we have a lot more options than those dentist cups from the 1990s.

Bless the person that decided to call heaping portions of pasta and potato mixed with mayo a salad. Treat yourself this July 4th. We're not here to worry about carbs or calories. Embrace the excess afforded to you in this pretty awesome country and loosen that belt a notch!

In Pittsburgh, we love our pickles and our condiments. Load up your potato salad with relish and mustard (and don't forget that paprika, too) to give your "salad" that Pittsburgh appeal.

It wouldn't be July 4th without a touch of danger. We all have that one relative (the one that gets a little too excited around matches and gasoline) that comes equipped with fireworks straight from Nowheresville, Ohio. Our national anthem does reference bombs bursting in air. We're just really committed to recreating that on our backyard patio.

Ask any Pittsburgher who Zambelli is and it becomes clear that this city has an unnatural obsession with fireworks. Fireworks are already a Pittsburgh staple, so just let 'em rip. Enough said.

What game works best with a bunch of tipsy friends loading up on carbs? Cornhole is that Twilight Zone anomaly where being buzzed is an advantage. There's no sharp objects or rigorous physical activity involved, so it's friendly for young and old.

Make sure you achieve that perfect, balanced throw with a can of I.C. Light in one hand. Is it even cornhole if you don't have a drink, anyway?

Achieve that hipster, Instagram-worthy ａｅｓｔｈｅｔｉｃ by throwing up some lights in your backyard. It may be the easiest way to transform your patio into a TJ Maxx commercial. Be the envy of your neighborhood by lighting it up. The electric bill will suffer, but your social life won't. Bonus points for Red, White and Blue lights to show your country pride. #murica

We rep that Black and Gold, so go for gold lights instead of the standard white. It'll call to mind our city colors and bathe your entourage in the glow of warm light.

It wouldn't be a Pittsburgh party without a table dedicated to the cookie. Be extra and show your patriotism by throwing a little Red, White, and Blue into your sugar cookie mix. Elegantly place your confections on a platter, and now you're basically Martha Stewart 2.0.


How to make it Pittsburgh Extra?

Peanut butter blossoms have to make an appearance. Pizzelles are a welcome addition too.

Freeze pops taste like the summers of childhood. I'm talking about the frozen sticks of corn syrup and dye placed in unusually heavy-duty plastic wrapping. (I can still feel the frustration of trying to rip one of these bad boys open.) Hand some out to the kiddies and have one for yourself. Cause you should ride that wave of nostalgia on July 4th. We are lucky to have grown up in a country that gave us pretty amazing childhood memories.

There are some hardcore Otter Pop loyalists in this city, but you do you.

Would it be a July 4th in Pittsburgh if it wasn't ridiculously hot? If you're not near a pool, grab some water balloons and Super Soakers to cool everyone down. The kids will love it, but who says adults can take part in the fun either? It's 2018 and being young-at-heart is completely acceptable. Leave your office-space decorum at the door.

Many Pittsburgh neighborhoods are close to woods, so use the landscape for natural cover. You'll feel just a little bit more like Jason Bourne. *cue Moby soundtrack* 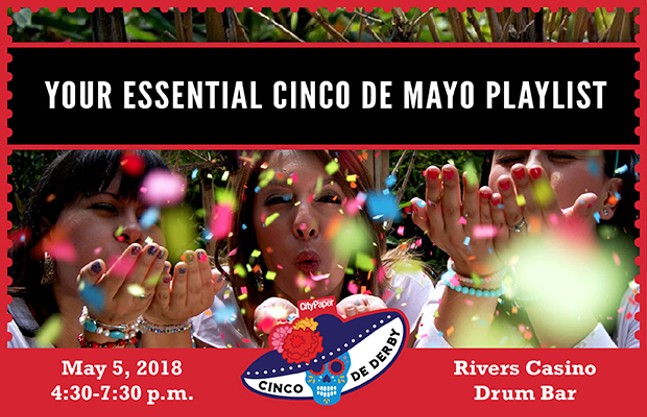 Music can make or break a party, and there's nothing worse than a lifeless fiesta. Pittsburgh City Paper has your back this Cinco De Mayo with the hottest Latin hits of today and yesterday. Hey, we even took the time to compile them all in a neat Spotify playlist! You're welcome amigo.

BUT if you're more of a party attender rather than a party thrower, why not come to Pittsburgh City Paper's Cinco De Derby party at the Rivers Casino on May 5th, 2018? If you didn't catch it from the name, Cinco De Derby is the rare day when the worlds and cultures of Kentucky and Latin America come together. There will be entertainment, food, drink, and games! We guarantee it'll be a lively evening! 🔥🔥🔥

CP Staff Comes To Your Rescue With Some of Their Favorites 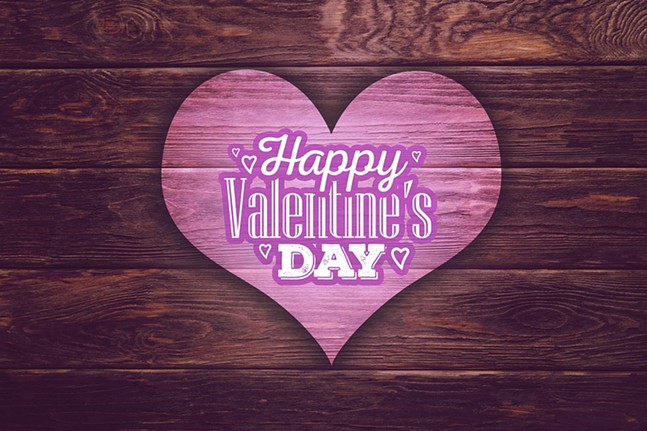 In a panic because, once again, you forget to grab your special someone something for Valentine's Day? We've all been there. And that's why we, your ever-lovin' CP Staff, are here to give you our favorite picks for last minute gifts.