The beginning of the end is upon us: Today Altar Bar announced the first round of shows for its "Farewell & 10 Year Anniversary Series."

Local acts Greywalker (July 25) and Arcane Haven (July 26) will serve as support. Tickets for those shows go on sale June 22 at noon. Well-loved Pittsburgh-based pop punk band Punchline will play 37 Everywhere in its entirety July 29 with support yet to be announced.

"We're considering the whole remaining schedule at Altar Bar the Farewell Series but are adding a handful of very special performances," Says Drusky vice president/partner Josh Bakaitus. "We're hustling to get as many awesome shows booked as possible within a short period of time."

After a 10-year run, Altar Bar will close it's doors as a music venue at the end of July, with a new tenant lease starting Aug. 1. More concert announcements are still to come for the farewell concert series: you can keep track of them at Drusky's website.

Following a "Blind Faith" promotion earlier this month - where music fans could buy festival passes without knowing who exactly they'd be seeing - Thrival Innovation + Music Festival has announced some of the performers appearing at this year's event, happening Sept. 20-24.

Launched by Pittsburgh non-profit Thrill Mill in 2013, Thrival also features a series of innovation-focused programs on a variety of themes, which this year will include  AuthentiCity, The Ripple Effect and Lost and Found.

Learn more at Thrival's website, and checkout our coverage of the 2015 festival.

The winter portion of the Warhol's Sound Series is well underway (the next is Ekmeles on Jan. 30), but it is, of course, never too early to start talking about spring. Most, but not all of these are actually taking place at the Warhol: check out the museum website for more information.

And looking ahead to what will likely be one of the bigger shows of the summer (among those of us who aren't sure if we're too old to be considered millennials or not) Brand New and Modest Mouse will be making a stop at Stage AE on July 5 ($49.99-60, on sale Friday).

Still looking for a special gift for that special parent/sibling/partner/music editor? How about tickets to see Bone Thugs-n-Harmony? The group will be celebrating the 20th Anniversary of Tha Crossroads at Mr. Small's Theatre on Feb. 23 ($30-35, on sale Friday).

Titus Andronicus will be joined by Craig Finn at Cattivo on March 20 ($16-18, on sale Friday). 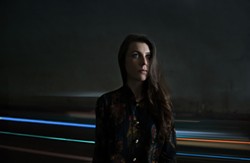 One more note: Garland Jeffreys' Club Cafe show has been rescheduled from Dec. 4 to April 1. All tickets will be honored, no joke.

UPDATE: I neglected to  mention that BRUCE SPRINGSTEEN & THE E STREET BAND will bring The River Tour 2016 to the Consol Energy Center, Sat. Jan. 16. Ticket for that show go on sale Friday at 10 a.m.

A couple big-ish announcements from Stage AE this week, at least if you're a fan of music of the Americana persuasion: on Feb. 27, Kacey Musgraves brings her Country & Western Rhinestone Revue to town ($30-35, on sale Dec. 11). And on May 12, The Avett Brothers will make a stop at that North Side venue ($45, on sale Fri.)

The concert schedule may be a bit slow for the next few weeks, but its not too early to start thinking about next year!


September's postponed X Ambassadors show has been moved from Mr. Small's to Stage AE, and will happen on Jan. 28 ($17-20, all tickets to the Mr. Small's show will be honored). On March 17, Stage AE hosts the Happy Camper Tour feat. Hoodie Allen, SuperDuperKyle, Black Bear and more ($25, on sale Friday).

It's Tuesday, which means its time to get out your calendars and make note of a  few recently announced concerts: 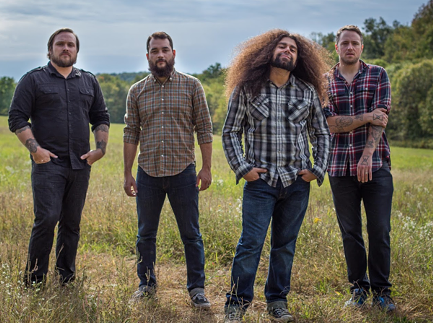 On Nov. 13, Creative.Life.Support Revival Series along with TransPride Pgh, Lazlo Productions & Benedict Productions presents 13 Howls ft. Jude Benedict & the Last Drop, Lyndsey Smith & Soul Distribution, The Elemental and more. That's at Mr. Small's Theatre (Free for those 21 and older  $2 for those under 21).

Scott Kelly of Neurosis and Bruce Lamont of Yakuza play the Smiling Moose on Nov. 21 ($12, on sale now).

It's time again for some concert announcements. Some are a little fresher than others, but you'll find they're ALL quite thrilling. Without further ado...

And get ready for your holiday dreams to come true: Rob Thomas, Nate Ruess, George Ezra and Elle King will be at the Petersen Events Center on Dec. 7 ($39-59).