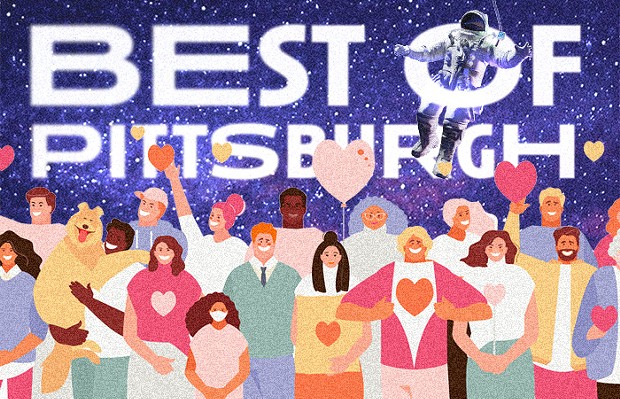 Pittsburgh nonprofits help bring an incredible wealth of services to the city. They feed minds and bodies, provide housing and necessities, and help give both humans and animals opportunities for better paths forward. Pittsburgh City Paper takes pride in reporting on these much-needed community assets throughout the year and is happy to announce that one local nonprofit will be chosen as the charity of choice for this year’s Best of Pittsburgh party.

“We are excited that our editorial team added the Best Nonprofit category this year. We feel very strongly about partnering with the community and helping our nonprofits raise awareness in the city,” says Rachel Winner-Eberhardt, City Paper's advertising director. “This is giving the winner the opportunity to not only do that, but raise funds for their organization as well.”

The reader's final choice for Best Nonprofit in this year’s poll will not only be invited to the Best of Pittsburgh party, but it will be named City Paper’s nonprofit charity of choice for the event, and a portion of ticket sales will go directly to the winner.

Over 100 nonprofits have been nominated so far in the first round of this year’s Best of Pittsburgh readers poll, and there’s still time to submit your favorites. Readers can nominate once per day in the first round, which continues through June 30, and the top 10 finalists with the highest number of nominations will move on to the final voting round on Aug. 1-31.

City Paper's Best of Pittsburgh readers' poll is the alt-media company's most popular issue of the year, and the entire staff collaborates to make it the best in the region. Best of Pittsburgh is run through SecondStreet, an online poll service, to ensure that the tallies are accurate, and the editorial staff fact checks every nominee to ensure that reader submissions are error-free and placed in the correct category. Once final nominations move on to the voting round, the staff also researches every finalist and eliminates any nominee with racist, sexist, homophobic, or problematic online posts. City Paper aims to be inclusive and representative of the entire community in its reporting, and that transfers over to wanting the same for this poll.

Nearly 150,000 nominations have been submitted so far. In addition to Best Nonprofit, there were over 60 new categories added this year including Best Pet Groomer, Best Fried Chicken, Best Hangout for Teens, Best Corner Store, Best Camp for Kids, and Best Classical Ensemble.

Submit your favorites now at pghcitypaper.com/bestofpgh2022