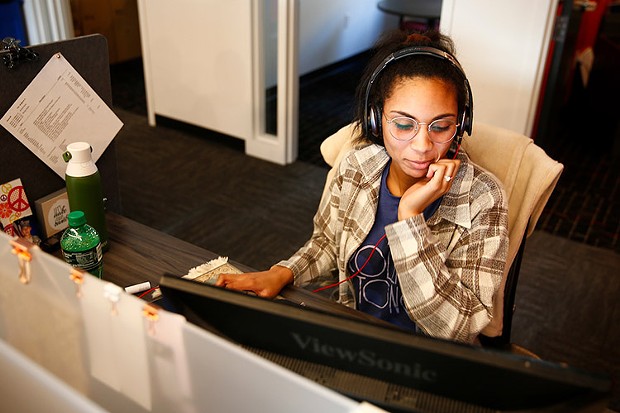 Both writers won in the Excellence in Written Journalism: Non-Daily Newspaper/News Service category. Snowden was recognized for her Dec. 2019 story “INEZ releases her debut album, an audio diary of her growth as a woman” and Idia for “Pittsburgh: The Worst Place to Be You” and other entries in her Voices column.

This is the latest award earned by Idia, who earlier this year won a Golden Quill for Excellence in Written Journalism, Daily for Columns/Blogs by the Press Club of Western Pennsylvania, and was named Best Column (aka Billy Manes Award) by the 2020 Association of Alternative Newsmedia Awards. 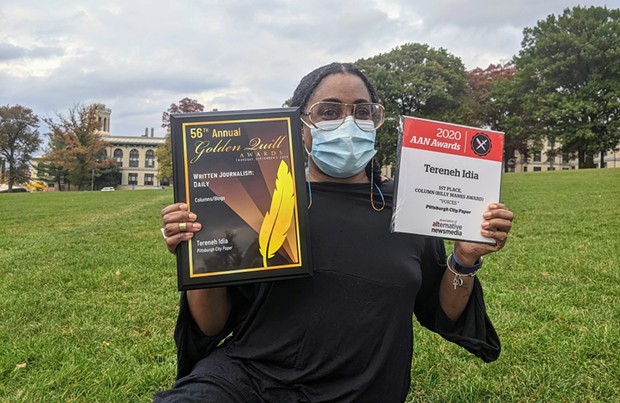 “As the pandemic unfolds, disproportionately impacting Black lives, and as the nation grapples with racial inequality, the commitment to journalism that covers the Black community is more important than ever,” reads the PBMF press release.

Entries were published or broadcast between Jan. 1, 2019, and Dec. 31, 2019, and came from traditional newspapers or digital media news organizations publishing new written content four or fewer times a week. Other winners include reporters representing New Pittsburgh Courier, Pittsburgh Post-Gazette, PublicSource, WESA, and others.

Besides Snowden and Idia, several current and former CP interns also received awards in the 2020 Student Contest, including Ollie Gratzinger for their column “Inside Story: Tales of American Incarceration” for the Duquesne University student publication The Duquesne Duke, and Jared Murphy, and Nardos Haile, who were both recognized for their work on The Globe at Point Park University.

Our pandemic anniversary: The last thing we did one year ago before the world shut down