#CPQuestionOfTheWeek: Do you think Pittsburgh is ready to reopen? | Blogh

CP illustration: Josie Norton
It's a hotly contested question, being debated by folks all over the country: When is too soon to ease COVID-19 restrictions? Last week, Gov. Tom Wolf announced that Allegheny County was not one of the 24 counties in Pennsylvania allowed to reopen this week, despite the expectation from many that Pittsburgh's Stay at Home Order phase would be eased to the Aggressive Mitigation phase. Some took to social media to express their relief, fearing for public health safety if restrictions were lifted, while others, many fearing lost income from businesses still unable to open, expressed their frustrations.

We reached out to our readers on social media for the second installment of our new weekly series, #CPQuestionOfTheWeek:


Do you think Pittsburgh is ready to reopen?

"Not until we have widespread testing for our most vulnerable populations, such as nursing homes, the jail, and alternative housing facilities!" — Allegheny County Councilperson Bethany Hallam


"Abso-freakin'-lutely. Allegheny County population is 1.2 million. There's only been 102 deaths. That's .008% of the population. That is such a ridiculously low number to be even having this conversation. Governor Wolf has cost more than a hundred people their lives in financial hardship."
— Instagram.com/tony.tucc


"No. The region is full of selfish jags who refuse to care about other people's well-being."
— Amy Brunner on Facebook

"Absolutely! If folks dont feel safe they can stay home but business needs to carry on!"
— Instagram.com/rachelleparksbonato

"Yes based on the data based on available hospitals beds and ventilator available. We did our job we flatten the surge. Now they need to do their job and reopen us."
— Laurie Christy on Facebook


"The sad irony is that if social distancing measures and business closures work, then people think they weren’t necessary to start. Those who are calling for businesses to reopen have not seem their friends and families affected (yet). Until we have more tools to combat this—whether that’s tracing or some confirmation that this new remdesivir drug works for treatment—reopening isn’t worth the risks."
— Instagram.com/amfanee.lr

Our favorite answer of the week:

"Yinz can reopen, but ima stay in the house & watch what happens to you first 😜😜😜"
— Instagram.com/sarahsarah62880


And, on Twitter, we followed up this week's question with a readers' poll: 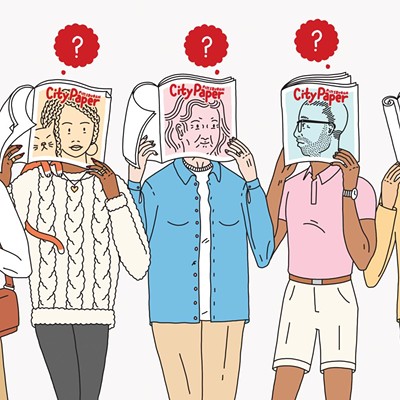 #CPQuestionOfTheWeek: What is something that has recently brought you joy?