Photo via Billboard: C Flanigan/FilmMagic
Skrillex at the 2011 Sasquatch Music Festival
Every Monday, CP staff writer Jordan Snowden wraps up the weekend in local and national music news with #MusicMonday. Here's what happened in the past couple of days.

Stay tuned to all @DMusicFest channels tomorrow (12/10)
We are introducing TWO opportunities for bands perform on one of our 4 outdoor stages.
Congratulations to Ryan Hoffman and the @rh_pioneers who attended the #HughShowsHoliday movie & won a Main Stage spot in '19! pic.twitter.com/W3kMNXAjM4

Thanks again Hugh! The movie was great - and we’re excited for this summer. https://t.co/CFJzdJoNeR

WYEP is also giving away a pair of tickets for the event.

Ho ho ho! We are playing the role of Santa and giving away tickets to the Legendary Album Series: Grateful Dead's American Beauty at the @RexTheater on December 30th.


Local rock band The Hawkeyes released a new song "A Stone's Throw Away" via Misra Records.

Hey Friends!
Please check out the first song “Stone’s Throw Away, from The Hawkeyes record I’ve been working on.
It’s been a blast writing and recording these songs with the guys.
Hope you dig it, more to follow!!
Thanks!! https://t.co/mqQJfVt2pC

On the Final Day of Giveaways, Stage AE gave to me...
- 2 tix to EIGHT shows of the winners choice in 2019
- A gigantic @CoorsLight
- A @mhl charcoal grill
- A First National Bank gigantic steel thermos and sweater


Upcoming events to be aware of:

The remainder of Justin Timberlake's 2018 Man of the Woods tour has been postponed due to bruised vocal cords. Because of this, Timberlake's 2019 rescheduled tour dates conflict with next year’s Coachella Music Festival. So the pop-singer has been forced to pull his scheduled appearance at the California show. Coachella attendees aren't disappointed.

If Gambino and Kanye are indeed the other 2 headliners, @Coachella needs to replace Justin Timberlake with a woman/female led group or they will face the wrath of the internet. Janet Jackson, Rihanna, Adele are worthy. Ariana's tour conflicts. Cardi B has an outside shot.

Justin Timberlake rescheduled his December shows to the same weekend as @coachella does this mean someone has blessed us and removed him from that lineup?!?!?!


It's Ariana Grande's time to shine! After the success of her song "thank u, next" and the accompanying music video, Grande added nine shows to her upcoming Sweetener tour.


Lucky us, Grande was already scheduled to make a stop in Pittsburgh.

@ArianaGrande i can’t wait to see you in pittsburgh next year!!!! WHY CANT JUNE COME FASTER 😩

If anyone is having trouble picking a gift for me i really want @ArianaGrande tickets when she comes to Pittsburgh. Please and thank u, next.


EDM and ... Kingdom Hearts? You read that right. Electric music guru, Skrillex, teamed up with Japanese-American singer-songwriter and producer, Hikaru Utada to create the theme song for Kingdom Hearts III.

Here's a sneak peek at how the epic adventure begins 👀

congratulations man, i know how much KH means to you! this mix gives me goosebumps. i keep thinking about how it captures the essence of 2018’s popular electronic music in very much the same way the PlanitB remix did in 2002. 🥳


That's all for today, folks. Come back next week for another #MusicMonday Wrap-up.

Which of Santa's Reindeer are You? 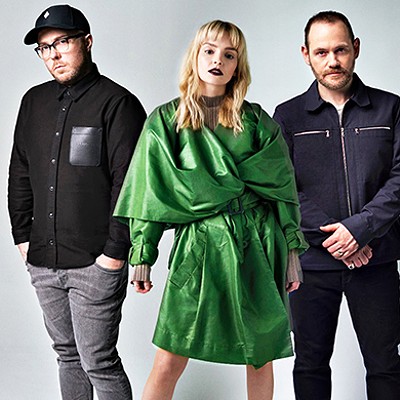