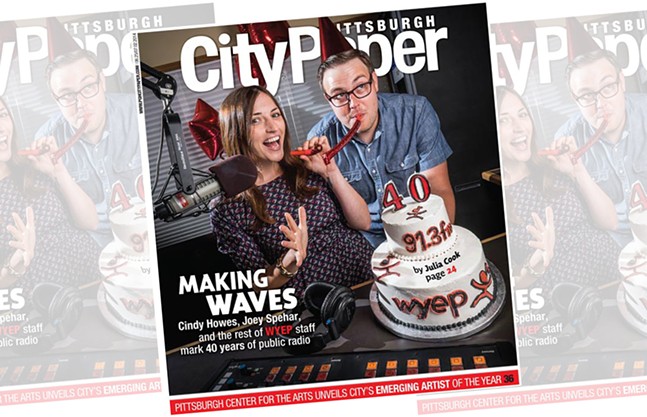 Cover photo: Terry Clark
Cindy Howes and WYEP morning host Joey Spehar on the cover of Pittsburgh City Paper in 2014
After a successful Holiday Hootenanny last night, today Cindy Howes announced that she is bidding farewell to Pittsburgh and her time at WYEP.

Howes started at the community radio station in 2007 as the morning mix host and was the current evening host and digital content manager. In 2008, she started the Holiday Hootenanny as a way to celebrate the season while putting a spotlight on the local music scene. A transplant from suburban Massachusetts, Howes has been a fixture in the Pittsburgh music community since the moment she arrived in the Steel City.