Documentary Paris to Pittsburgh highlights the 'Burgh, among others battling climate change | Blogh 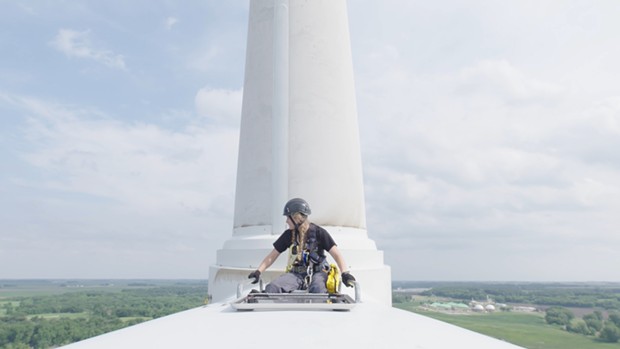 Paris to Pittsburgh
Last year, President Donald Trump name-checked Pittsburgh when he announced the U.S. was pulling out of the Paris Climate Agreement despite nearly every country in the world having agreed to it. "I was elected to represent the citizens of Pittsburgh, not Paris," he said.

Pittsburgh Mayor Bill Peduto, always quick to defend his city via Twitter, responded that Pittsburgh would continue to follow the guidelines of the agreement (and also noted that 80 percent of the city voted for Hillary Clinton).

The president chose to invoke Pittsburgh for its industrial history (and alliteration), but Pittsburgh's future is dependent on environmental sustainability.

Paris to Pittsburgh, a documentary premiering Dec. 12 on the National Geographic channel, screened on Monday at Phipps Conservatory with an event hosted by Peduto. The screening also featured one of the movie's directors, Sidney Beaumont, and Cindy Dunn, secretary of the state Department of Conservation and Natural Resources.


The movie begins with the reaction to the president's statement and explores the increasingly dire consequences of climate change. The movie is directed by Beaumont and Michael Bonfiglio and narrated by Rachel Brosnahan. It's both a bleak and hopeful look at the future, and explores what it will take to survive.

In remarks before the movie, Peduto noted the importance of local economies moving forward into more sustainable jobs. "Pittsburgh has the way of showing, not just post-industrialist cities, but cities all around the world that you can be respectful of your past and you can see it as part of your DNA, but your past doesn't have to be wedded to your future," said Peduto.

Paris to Pittsburgh looks at several cities, states, and countries to examine how natural disasters, intensified by climate change, have had an effect, and how local communities are bracing themselves for the future. Communities in Iowa must reckon with increasingly frequent record-breaking floods, but new wind turbine farms are providing stable jobs. Puerto Rico is still recovering from Hurricane Maria, which devastated its power grid, but a hillside community is run almost entirely on solar power.

There are wildfires, mudslides, tornadoes, hurricanes, and other natural disasters that will only continue to get worse, because as Brosnahan states "Climate change is not coming, it's already here." But everywhere there is damage, there is also hope in wind turbines, solar panels, community gardens, and the young activists protesting in the streets.