Photo: Kelia Anne
EZI
So much music, so little time. To make your new music venture a little easier, every Friday, CP staff writer Jordan Snowden compiles songs, albums, and EPs that are now streaming with #NewMusicFriday. Check out what dropped this week.

EZI - "Family Tree"
EZI dropped a captivating new single, "Family Tree," via 5 Town Records. The track is from her forthcoming EP and is the follow-up to last month's "Need You Like That," which will also be found on her upcoming EP. EZI says, "the 'you' in ["Family Tree"] isn't a particular person. It's about my experiences, my own relationships, observations. This song isn't me saying that conventional traditions like marriage are bad rather the ideologies and emotions associated with them aren't so black and white."

Blank Range - "Change Your Look"
Blank Range, who will return February 1 with their self-released sophomore album In Unison, a follow-up to their 2017 debut Marooned With The Treasure, is teasing fans with "Change Your Look" the seventh track off the upcoming album. "Change Your Look" is a raucous garage pop good time which effortlessly showcases their blistering grooves, sticky-sweet melodies, and whip-smart lyricism.

L Devine - Peer Pressure
L Devine’s ascent continues with the release of her second mixtape Peer Pressure. Full of attitude, edge, and real experiences, L Devine the stories behind the six-track collection with an accompanying nine-minute short film that was directed by her collaborator Emil Nava (Ed Sheeran, Calvin Harris, Rihanna) and filmed in Los Angeles. The mixtape compiles the previously released title track, which premiered on FADER, along with singles “Nervous” and “Can’t Be You.” Three new tracks, “Runnin’," “Read Ur Mind” and “Daughter” round out the EP.


Wafia - "I'm Good (Louie Lastic & Billy Davis Remix)"
After impressing tastemakers with summer smash "I’m Good" in August, the hotly-tipped Australian newcomer continues to make waves with a remix of her electro-pop hit. She is joined by producers Louie Lastic and Billy Davis on the fresh re-work. Lastic has previously added his Midas touch on tracks with GoldLink and Maroon 5, and continues to develop the new Electro Bounce sound. Billy Davis has recently collaborated with modern hip-hop collective Brockhampton. 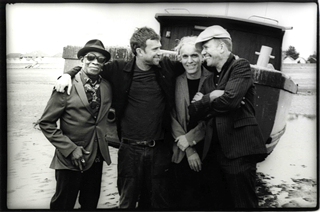 Photo: Pennie Smith
The Good, The Bad, & The Queen
The Dip - "She Gave Me The Keys"
Seattle soul septet The Dip will release its new album The Dip Delivers on February 8, 2019. The collection blends warm, vintage R&B sounds with classic pop storytelling for an album both raw and polished. In preparation of the album, The Dip dropped, "She Gave Me The Keys" a track the group says took the longest to "nail down."

ZAYN - "No Candle No Light"
Featuring rapper Nicki Minaj and co-written by ZAYN, “No Candle No Light” tells the story of a couple whose relationship has run its course. Minaj, one of the most prominent voices in hip-hop, previously tweeted about the song causing a fan frenzy of anticipation, calling it one of her favorite songs.

My favorite song of all time 😍♥️ https://t.co/9hVcdNXvzx

Check out all the releases on CP's Spotify, all in one playlist for your convince. 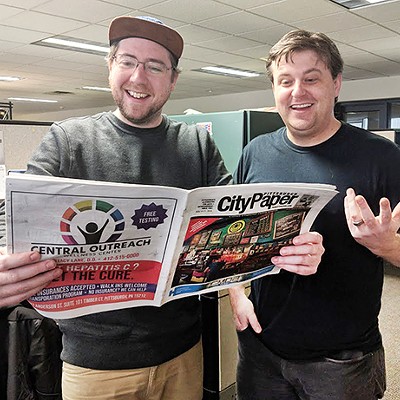