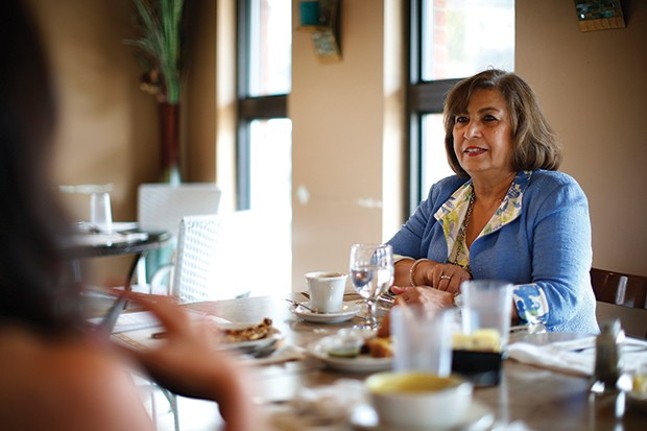 CP photo: Jared Wickerham
Krishna Sharma at Carnegie's Indian Community Center
When 11 people lost their lives to the mass shooting at the Tree of Life synagogue in Squirrel Hill, a diverse set of Pittsburghers stepped up to help with the healing.

The Muslim community raised hundreds of thousands of dollars. Pittsburgh Catholics organized special collections. Black and Latino activists joined the Jewish community in mourning and in marching. Celebrities like Tom Hanks and Michael Keaton recently joined the cause, too.

Now, the Indian Community Center in Carnegie is doing its part. Yesterday, the center organized an interfaith prayer for the Tree of Life victims that brought together Indian-American Muslims and Hindus, as well as non-Indian people from Carnegie. More than 150 people attended.

And today, the center is continuing its support efforts with a brass band concert, where proceeds will go to the Tree of Life congregation to assist victims and their families.

The concert will feature the River City Brass Band, which plays a variety of Big Band music. Sharma says the concert will also include traditional Indian music, as a way to showcase Pittsburgh’s diversity and spirit of the aftermath of the Tree of Life shooting.

Ashkay Hari will provide vocals for the show. The concert starts at 7 p.m., and is preceded by a light dinner at 6 p.m. A flier for the event is shown below.