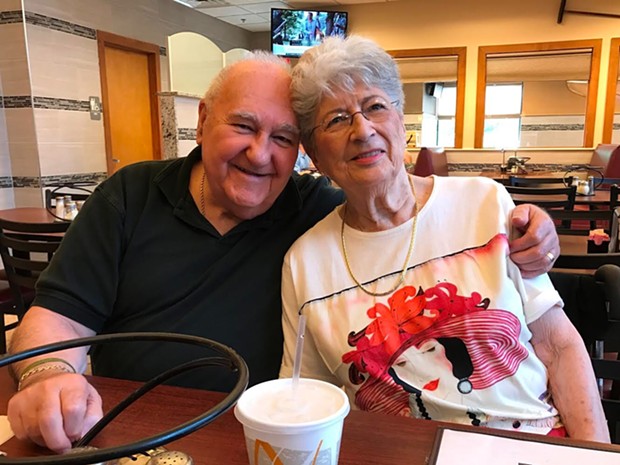 "Our lives were forever shattered on the morning of October 27, 2018 when our beloved Mother and Father were senselessly, brutally, and savagely murdered at Tree of Life Congregation along with nine other fellow congregants.

Our parents did everything together as a married couple. They were deeply in love with each other and persevered in the tragic loss of a son in 2010. As long-time and deeply-rooted Pittsburgh residents, their life together began 62 years ago and forever ended last Saturday in the exact same chapel where they were wed. What my mother and father witnessed and endured is utterly unspeakable.

We had plans to meet at their home in the afternoon to celebrate my sister’s birthday. This family event would never occur. Our brother had plans to visit in the coming week from the West Coast, but now he will arrive for our parents' funerals.

Thank you to the entire law enforcement community for their bravery in preventing further carnage. We are overwhelmed by the outpouring from the entire support-system afforded to us and others in the community during this very difficult time. The FBI, Pittsburgh Police Department, Pittsburgh, state, and federal government agencies, Salvation Army, Red Cross, and various business merchants did and continue to perform outreach, assistance, and comfort to all those hurting. Their and the entire community’s outpouring of unselfish assistance, sympathy, kindness, and understanding during this difficult time are greatly appreciated. With time, comes healing. We as a caring community, will only grow stronger."