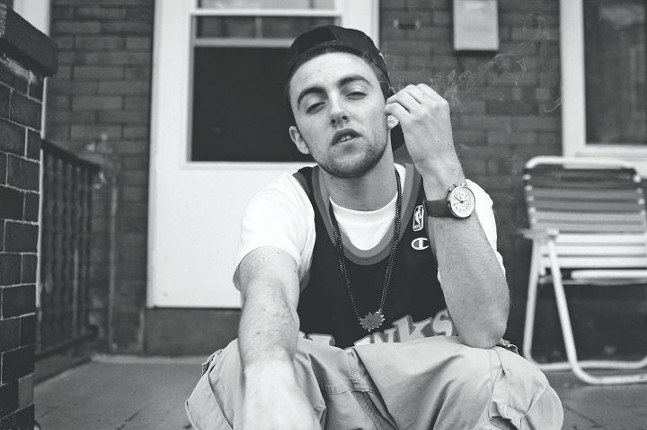 It was a somber, rainy one in Pittsburgh this weekend. Here’s a brief recap:
After the news of Mac Miller’s death on Fri. Sept. 7, Pittsburghers remembered the local rapper on social media.

Hasn’t stopped raining in Pittsburgh since my friend passed. It feels like the city is crying

Yesterday we lost a member of our Pittsburgh family. @MacMiller was not just a part of music, he was part of our town.

Our thoughts and prayers go out to his family, friends, and fans.

Your friends on Fifth Ave will remember you fondly. pic.twitter.com/Qc4JgNQhQS

I DJed for this ‘up and coming rapper from Pittsburgh named Mac Miller’. It was the first concert I had ever done. That day something clicked in my brain where I knew I’d stop at nothing to make music my career.

Took a trip about 15 min to Frick, where the locals made a memorial... #MacMiller #BlueSlidePark #412 pic.twitter.com/XAoxCO41OA

There will be a memorial for Mac on Tue., Sept. 11 at Blue Slide Park.

I once ended up at a birthday dinner that Mac Miller was at too. There were about 20 people there. Mac left early, and then we found out that on his way out he had quietly footed the bill for everyone.

A lovely thing about Mac Miller was that he had Jay-Z’s tweet about him on his wall. Such sad news. RIP. pic.twitter.com/b2xsdKe5J8

I dont know what to say Mac Miller took me on my second tour ever. But beyond helping me launch my career he was one of the sweetest guys I ever knew. Great man. I loved him for real. Im completely broken. God bless him.


In lighter news, fans gathered at KeyBank Pavilion for the Outlaw Music Festival on Fri., Sept. 7 to see the likes of Willie Nelson, Neil Young, Sturgill Simpson, and not least, Van Morrison, who made his first appearance in Pittsburgh since 1973.

Star Lake tonite, the Willie Nelson Outlaw Music Festival Tour with Van Morrison. It was PACKED. We parked closer to Hanky Farms than the stage. PACKED to the top of the hillside. As always, the prices for beer, wine & booze VERY high, but the lines were long, everybody thirsty! pic.twitter.com/iAnuQ8V7qO


Since it didn’t stop raining all weekend, the Pittsburgh Irish Festival was canceled on Sunday. But, Pittsburghers were able to get into the Irish spirit on Saturday before the rain became too much.

The Pittsburgh Irish Festival is closed today due to heavy rains and unsafe conditions. @PittsburghIrish

IRISH FESTIVAL CANCELED: If you were planning to visit the Pittsburgh Irish Festival today at the Riverplex, heavy rainfall and unsafe conditions forced organizers to cancel the final day of the event. https://t.co/9fgmdrsbVJ


Ja Rule was set to perform at the opening of Foxtail (formerly Diesel) Friday night. He didn’t start his performance until two hours after his set start time, breaking the promise made in his classic Ashanti collab “Always on Time.”


That look Ja Rule gives you when he robs you and all your friends of $20 😂 https://t.co/sOgBMZ3bA3

Drake and Meek Mill ended their longstanding feud with a surprise on-stage performance together at Drake’s Boston show on Saturday.

glad Meek and Drake squash their beef . Now they can perform Rico together pic.twitter.com/EMQzZ91lJx

Seeing Drake and Meek back at it again made me smile. It was just a matter of time 👌🏽 #WhatsBeef pic.twitter.com/hQXrP5P7TN


While one feud was ending, another came to a head. Nicki Minaj and Cardi B got into a physical altercation at the Harper's Bazaar Icons party for New York Fashion Week.

TMZ is reporting that Cardi B hurled a shoe at Nicki Minaj after approaching her at #NYFW party. She was allegedly escorted by security.


And lastly, Paramore decided to retire its song, “Misery Business” and played the track for the last time in Nashville on Friday.

paramore just announced on stage that tonight is the last night they’d ever play misery business and I am in cardiac arrest.

At the Paramore concert in Nashville and they just announced that they won’t be performing Misery Business again for a long time after this show. Omg. pic.twitter.com/wARvoYGz76

.@joshuadun and myself just saw @paramore play Miz Biz for the “last time for a long time.” pic.twitter.com/PvbFFHVCNs