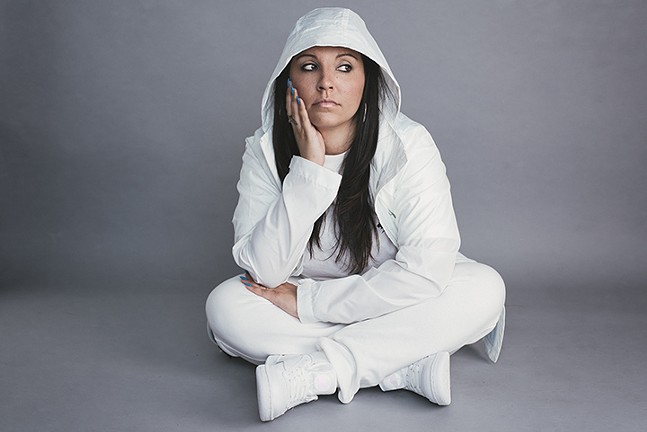 It’s not always bad when someone slides into your DMs.

At least it wasn’t for Jubilee, a performer at the 2018 Crosstown Cookout.

Derek Burnell, one of the faces behind the annual Crosstown Cookout (owner of El Burro, Umami Izakaya, and Round Corner Cantina), reached out to the artist about his event while in London and followed up with a meeting with Jubilee at an afterparty.

“I get a lot of weird messages on Instagram,” the Miami-raised, NYC-based and UK-resident DJ Jubilee laughed. “But [Burnell] came to an afterparty and I just thought, ‘this guy is so cool.’”

Jubilee is known as "The First Lady of Miami Bass" and is just one artist on Crosstown’s talent-filled lineup. She first discovered her love for drum-and-bass in Miami’s underground rave scene; now she runs a segment on BBC Radio 1’s Residency and plays regularly in the U.S. and U.K.

The stages will be headlined by A-Trak, a turntable prodigy recognized for his mission to ignore barriers and fuse genres.

At 22, A-Trak kickstarted his career by opening for Kanye West. Since then, the DJ has started a label, Fool’s Gold, producing artists like Kid Cudi and Onra. A-Trak is half of Duck Sauce, the disco duo behind the global sensation, “Barbra Streisand.”

Both A-Trak and Jubilee are masters of merging sound.

Jubilee’s voice is built from her background; the late-night Miami radio she absorbed as she raced to clubs, her Brooklyn neighborhood that played nonstop Reggaeton, Dalston, the loudest neighborhood London has to offer, and the community of DJs she found in New York.

“I want people to go out, dance and party,” said Jubilee. “That’s why we make music.”

Crosstown Cookout, which was conceptualized and run by Fame15 Creative for its first two years before partnering with Burnell, offers its own fusion of food, music and art.

The lineup includes over 20 musicians, with a two-stage setup to keep your feet moving. Fuel is provided by Gaucho Parrilla Argentina, BRGR, Round Corner Cantina, and Millie’s Homemade Ice Cream among others. If you tire from dancing, there will be live mural painting, a vendor village, and River Pong.

Taylor Swift brings fire, glitter, and so, so many snakes to Heinz Field