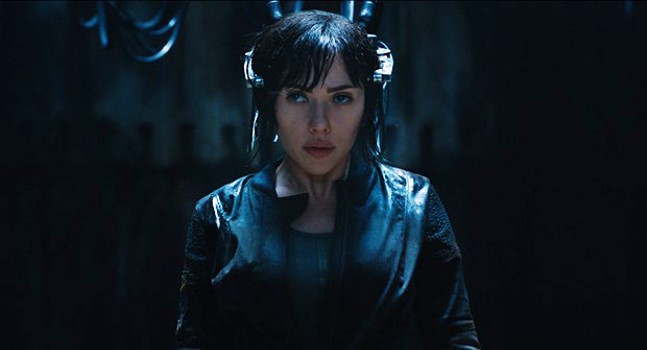 Photo courtesy of Paramount Pictures
Scarlett Johansson in Ghost in the Shell, another Rupert Sanders film with controversial casting

On July 2, it was announced that New Regency would produce Rub & Tug, a Pittsburgh-set movie based on the true story of massage parlor owner Dante "Tex" Gill, who was a key figure in Pittsburgh's "red light" district. By July 5, the backlash hit and the project had slandered itself.


The movie is set to star Scarlett Johansson as Gill, a trans man who identified as such before it was in our common lexicon. This is best evidenced by the Pittsburgh Post-Gazette's 2003 obituary of Gill repeatedly using "Ms. Gill," despite stating "she wanted to be known as "Mr. Gill"."


Trans actors and activists were quick to point out flaws in this casting, as they have in similar castings of non-trans actors playing trans characters. Actor Trace Lysette of Transparent tweeted, "So you can continue to play us but we can’t play y’all?"

Another actor, Jesse Clayton, tweeted "I wouldn’t be upset if I was getting in the same rooms as Jennifer Lawrence and Scarlett for cis roles, but we know that’s not the case. A mess."

Johansson, who is not one for admitting her mistakes, responded to the criticism by saying, "Tell them that they can be directed to Jeffrey Tambor, Jared Leto, and Felicity Huffman’s reps for comment,” referencing other actors who have played trans actors. (They all received equal criticism for it, but actors don't use Google). This was doubly obtuse of Johansson to say, since Lysette was one of the actors who accused Tambor of sexual harassment on the set of Transparent.


This is also the second major casting criticism Johansson has received in the past two years. Rub & Tug is set to be directed Rupert Sanders, the same director who headed Ghost in the Shell, a movie that generated criticism by casting Johansson in the role of an Japanese character. It was also revealed that the studio ran CGI tests to make Johansson appear "more Asian." Johansson responded to that criticism by saying, "Diversity is important in Hollywood, and I would never want to feel like I was playing a character that was offensive."


It was the kind of semi-sincere response given when you don't really care but don't wanna be in trouble. The key words are "I would never want to feel," as in it matters whether or not she finds the characters personally offended. Sanders' response was more aloof, saying "I stick behind my decision to cast the actress I felt was best in the role."


What is truly baffling about the whole incident, is how many chances Sanders gets for how frequently he generates controversy.


Rub & Tug will be his third movie, Ghost in the Shell was his second, but his directorial debut was Snow White and the Huntsman. If that rings a bell in the deep recesses of your brain, it's because Sanders made headlines in 2012 for having an affair with Kristen Stewart on the set of Huntsman. Stewart was 22, Sanders was 41 and married with kids, but unsurprisingly, she bore the brunt of the blame.


This is also the affair that then-reality TV star Donald Trump sent nine whole tweets about, saying "she cheated on him like a dog."


This not the first time a non-trans actor has been cast to play a trans character, and it likely won't be the last. As long as Hollywood doesn't believe that trans people can tell their own, then these situations will continue to happen. But they can, and they will. Just redirect the money that was intended for Rupert Sanders' next public shitshow.