Allegheny County Councilor Anita Prizio sponsored the single-payer resolution and it passed with a 10-4 vote. Prizio is a member of the Democratic Socialists of America, but even the chamber’s more moderate Democrats supported the resolution.

“Our healthcare system is in crisis and in my humble opinion, a publicly funded and privately delivered (expanded and improved Medicare for All) system will insure everyone has guaranteed comprehensive health care coverage,” she said in a statement.

Prizio noted the U.S. spends nearly twice as much on health care compared to other developed countries. She said a system that rewards profits over care is burdensome to the American people.

"It's important that the City and County push this issue at the same time to support the bills in the Pennsylvania General Assembly and the United States Senate. We want to send the message that all of our residents need high-quality health care regardless of their income."

A single-payer health-care system started to gain popularity during the presidential run of U.S. Sen. Bernie Sanders (I-Vermont). It has since gained popularity among Democrats. Most Democratic U.S. representatives in Pennsylvania support a single-payer system.

The local chapter of the Green Party also supports single-payer health care and is hopeful it will become a reality.

"I am very happy to see these resolutions in support of common sense health care policy,” said Jay Walker, Green Party candidate for Pennsylvania's 23rd state House district. “Our legislators in Harrisburg and Washington should listen to our local elected officials by working to move these bills forward."

James Todd is the chair of Pittsburgh DSA’s Health Justice Committee. He has been canvassing voters in Pittsburgh about single-payer health care. He says most people he talks to already support the system. Some Pittsburghers were even recently arrested in Harrisburg, while protesting for universal health care.

“In my experience in canvassing, it’s a really positive thing,” says Todd. “It’s easy to canvass for. Most people are supportive and those that aren’t are on the fence and open to it.” 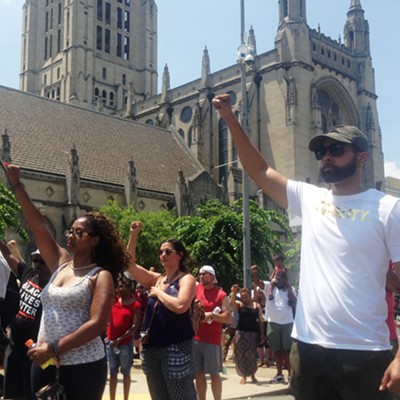