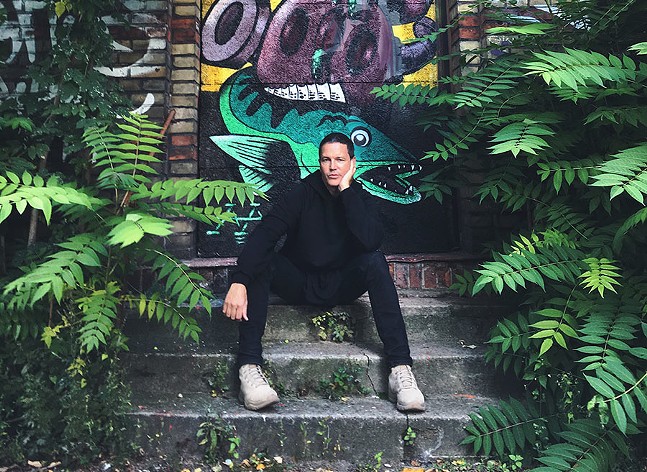 Earlier this month, Third Eye Blind announced a new EP of covers called Thanks For Everything, featuring tunes by artists like Queens of the Stone Age, Bon Iver, Santigold and Tim Buckley. Proceeds from the EP will go the Andy Warhol Museum. Considering the band is from San Francisco (and sounds like it), City Paper wondered "why the Warhol Museum?"

TEB lead singer Stephan Jenkins was kind enough to clear things up via email this week. Keep an eye out for Thanks For Everything on Aug. 24.


When did the idea for Thanks For Everything come about? What’s behind the meaning of the title?
I had the desire to do a covers record with the twist of the songs not being hits for a long time- at least three years. It is about doing a take on songs we love, that people don’t have preconceived notions of, except for "Song of the Siren" — probably everybody knows that song. Its two-fold:  What’s behind the meaning of the title? First, this is saying it means just that, gratitude, thanks for all of the inspiration these songs have given us, because I think good cover records are always an homage to the original work. Second, Thanks for Everything is a flippant punk rock sarcastic way of saying you just got boosted with a smiley face.

Were there covers that were considered for the EP that were scrapped? If so, why?
We tried to do a song from the indie band the Upwelling’s song "Wonderlust," I love Ari Ingber. But we couldn’t get it to work.

From what I’ve read, the cover of Bon Iver’s “Blood Bank” kicked off the idea for the whole thing. What is it about that song that drew you in?
The magic of a good song is for those three or so minutes you live in that songs world. "Blood Bank" takes that to cinematic levels. I don’t know if "Blood Bank" kicked it off? But sure, thanks "Blood Bank."

What led to the decision to donate the profits?
It is about wanting to pay it forward. These songs gave something to us and we wanted to use them to give something as well.

Why Andy Warhol Museum?
The Warhol Museum is one of many that we would stop in and vibe on while we are touring. There are so many great galleries we have been to everywhere we chose the Warhol in Pittsburgh first because we loved our visit there, we love Warhol and so much of his sensibility has influenced us. I think we always wanted to be a Factory band, but the thing that really did it was when we were there we saw a group of kids rolling through being exposed to art in a way that the public education system has completely abandoned. What we were seeing were these kids minds getting blown by the Warhol Museum outreach program. Those kids are my heart. It was an easy choice.

Do any of the members have connection to Pittsburgh, or is it simply about Warhol?
We have all played Pittsburgh many times that we all have this rock and roll connection to it. People in Pittsburgh keep a higher tempo of keeping it real. You don’t meet a lot of cowards in Pittsburgh. So I resonate with something tough and authentic about this city but it also beautiful perfectly set up between the slopes and its’s so clearly on the rise that it is inspiring to be around. Plus Wiz Khalifa is from there …

Anything else you'd like for people to know about this album?
It was nice to not hem and haw over my own lyrics for once. That meant that we could all just get in a room together and have at it. The main impulse for this record was fun. And I think it shows up on the tracks.