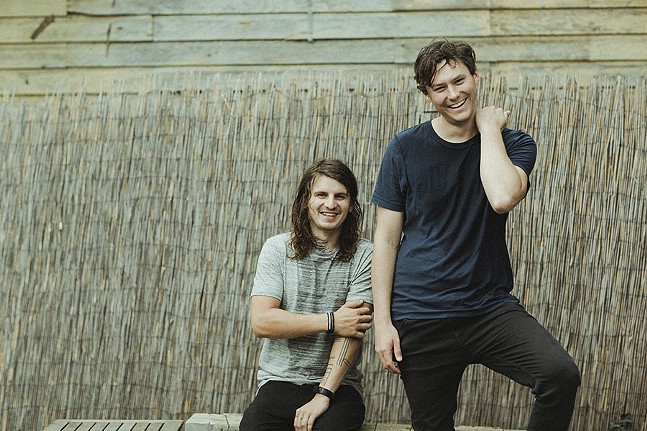 Over the years, The Front Bottoms has done quite a bit of tinkering with its endearingly earnest output of bubblegum emo bops. The grainy, straight-to-Myspace quality of the band's early material has long been replaced with squeegeed production and a far more mannered delivery from frontman Brian Sella, both in the way he presents his voice, and in the content of his lyrics, which have shifted from shameless gut-spills to sly spit-ups. Speaking to the then 29-year-old (as of a few days ago, he’s now 30) prior to his band’s performance at Mr. Smalls on June 4, there’s not even the slightest indication that he’s anywhere other than exactly where he wants to be.


Last month TFB released Ann, the long-awaited companion EP to 2014’s Rose, which is the second installment of what the band dubbed the “Grandma Series.” Essentially, it’s an excuse for them to re-record, and in some cases rework, a bunch of old fan-favorites from their high school days, giving the tunes a modern revamp for the diehards and a reason to introduce them to the newcomers. Unlike Rose, this latest set — titled Ann as an ode to Sella’s late grandmother, as Rose was to drummer Uychich’s — also contains a new track, the Talon of the Hawk-esque riot “Tie Dye Dragon.”


Sella was stoked on the project, the absurd filming experience of the phenomenally uncomfortable music video for “Tie Dye Dragon,” and the tour they’re bringing to Pittsburgh — in which they’re playing both grandma EPs and their 2017 record Going Grey in full.

So you guys initially announced the Ann EP was a thing back when Rose came out, right? Was there a delay on your end or did you intend for it to come four years later?

You gotta keep 'em waiting, that’s basically the bottom line. I think we made two albums in the time period before. So it was basically just ... the Ann EP for us is old songs that we go back and reimagine. And that’s a lot of work, to go back and listen to some art you made 10 years ago and try and mix it up. Every time we go on tour people would yell, "Play 'Squeeze'"’ and we’d be like, "Okay let’s add 'Squeeze' to the Grandma Series." We put it out on Wuakaskole Records, which is the record label me and Mat started. Once we put the first one out and everybody kept asking, "Well, when’re you gonna put the next one out?" I was like, "Damn, I didn’t even think people were gonna like it like that."


Some of these songs I wrote when I was in high school. Originally we would just record it that day and put it on YouTube that night. It was a very, very punk-rock style. This time around, me and Mat put together a little studio and recorded them all. Tom, who plays guitar for us, took on the producing role for these six songs. 'Cause he had fresh ears. Ya know, me and Mat had been listening to these songs for two years. It was nice to have Tom there to produce it and make it nice and clean for us.


I know you said some were fan requests, but how else did you choose which songs to put on the EP? Were some just personal choices?


Some were personal. “Tie Dye Dragon,” that’s a new song. It was nice to just be able to do whatever the hell we wanted. People yell out all these songs so it was kind of like people would yell that, let’s do that one. It had to be a natural development. With Going Grey, I was trying to experiment and those songs didn’t exist before we made that album. That was just total experimentation and getting freaky and messing with synths for five hours. With Ann, all of these songs exist already, they already mean things to people. I can’t go back and destroy the fundamental aspects of those songs. It wasn’t about trying to remake the song, it was just about polishing the song up a little bit.


And also Tom — he’s a guitar player. He likes amps, guitars ... So that’s where that heavier sound comes in. With The Front Bottoms, it’s all who’s involved. If someone's in the studio who knows how to play bongos, there’ll prolly be a bongo solo.


Why’d you guys decide to drop these tracks less than a year after Going Grey? If you had it your way, would you be releasing music this frequently?

I would absolutely love to work out a formula where we do, like, singles. Where it’s, like, a single can come out every six months or every three months. That’s kind of, like, trying to work out that process. Trying to figure out a different way of doing it. Like I said with Wuakaskole Records. Try to keep it fresh. I am personally the type of person who has to create music when I’m home. I have to be doing something creative.


Ugh, not to sound lame but that really is my type of therapy. It is all very personal and stuff and it does really happen quickly. It’s hard to make 12 songs and release them every other year. It’s a weird sort of process. I’d love to get more into the single thing and be able to release singles. I like to release music and I like to play it live.


When did you start Wuakaskole Records?

We had that for a little while but we basically just had stickers made and that’s it. But it was always, "Oh this could be our label. We could release our friends on it." But it is so much work. So this situation with Ann ... we have a contract with Fueled By Ramen, where we make music for them and they release it. But they are so chill and we were like, "Yo, we want to put this out by ourselves." And they’re just like, "That’s cool, go ahead." It’s really a dream come true to be in control of something like that. It’s a little flustering, I’m not really a business guy. It’s awesome, though, to be able to have that Wuakaskole. And then be able to release other bands or a solo album.

I really, really like the video for “Tie Dye Dragon.” How’d you come up with the concept for that video? What was it like to film that?

There’s one with puppets that came out that I think was more discreet. The label helped us make that and I think there were some people from Cartoon Network [working on that]. The way the first video, the one we put out, came together ... My friend Mark Jaworski, who I’ve known since high school, is a video director. I got back from tour and my hair was pretty long. And I was like, "I’m gonna cut my hair, I’m gonna shave my head, so maybe we can film it. For like a tour update." And I started to see the gears turning [in him]. And that’s the kind of friend you need.


But with this guy, you gotta be careful, because I showed up two days later in this little studio space and he had that entire setup. And I thought I was just gonna get my haircut, no big deal. And that girl in the video who’s rubbing my head was actually his sister. And he was like, "Bite her fingers, bite her fingers.” And at the end of it I just left there and I was like. "Wow I hope that doesn’t look insane."

And it is kind of insane. When I watch the video you can’t even tell that she shaves my head. She was gonna shave my head in one take, so the song ended and I just sat there for like 15 minutes in silence until she shaved my head. It was me, Mark, his sister and then this other guy that he had come and hold the camera and stuff. And that was it. It took a few hours and then I left and called the label and was like, ‘Oh listen I made a real freaky video today. Maybe we can put it out with “Tie Dye Dragon,” and they were like, "Absolutely."


Why’d you guys decide to play both EPs and all of Going Grey on this tour?

I think it’s 'cause we’re trying to put on more of a show. There’s an intermission where a meditation track plays. There’s a costume change. We wanted to do more of a theatrical production. The set changes. It’s like, "here’s the oldest stuff that we have." And then a 10-minute break and we play the newest stuff. Obviously bands do 10-year-anniversary of whatever album. I’m just not there yet, I don’t wanna do that yet. This was our way to be able to tour material and still have a little schtick about it. I like to perform. I wear the shorts during my first set to pay homage to all the times we spent in the basement. And then I put on pants and change my shirt to kind of show that I’m a new man [Laughs]. Give the people what they want, that’s what it’s all about. 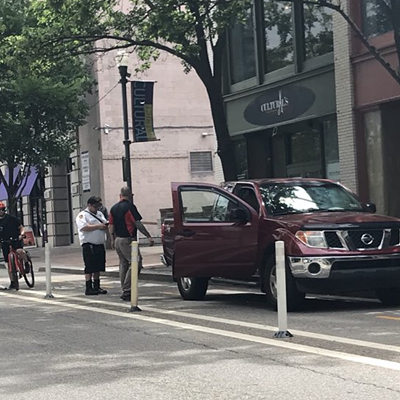