Photo courtesy of Elizabeth DeAvila
The Faith Life and Hope Mission immigration advocates
President Donald Trump has renewed his intense criticism of the U.S. immigration system and immigrants in general. He called undocumented immigrants that cross the U.S.-Mexico border “animals” during a recently televised conversation about immigration policies and the MS-13 gang.

His rhetoric isn’t stopping immigration advocates from calling for protections, including a Chicago-based walking from Illinois to Washington, D.C.

This group, led by Father Jose Landaverde, is marching to gain support for policies such as stopping deportations, reigning in immigration enforcement and providing protections for recipients of federal programs — including Temporary Protected Status (TPS) and the Deferred Action for Childhood Arrivals (DACA).

“We support DACA,” says DeAvila. “These parents brought these kids to U.S. to get away from violence and to avoid hunger in their home countries. We believe Christ would never close [the] doors to people who are hungry and need shelter.”

DeAvila says the group supports an effort currently in the U.S. House to force a clean vote on DACA. Currently, 213 members of the U.S. House have signed a discharge petition which would force votes on a series of immigration bills, including one that would give DACA recipients a chance to stay permanently in the U.S. Five more signatures are needed to force a vote in the House.

DeAvila says the group's time walking through Southwestern Pennsylvania has been a mixed bag. People in Pittsburgh have generally been welcoming, but DeAvila notes her group has been harassed in rural areas. This group is primarily composed of Latinos and is made up of two DACA recipients, three TPS holders and 26 U.S. citizens.

“We are walking these 800 miles with a lot of dignity and courage,” says DeAvila.

The group will walk to Greensburg on Saturday. 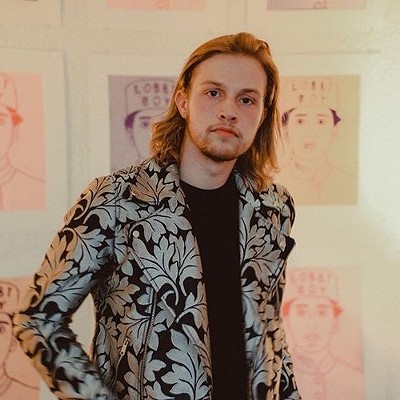