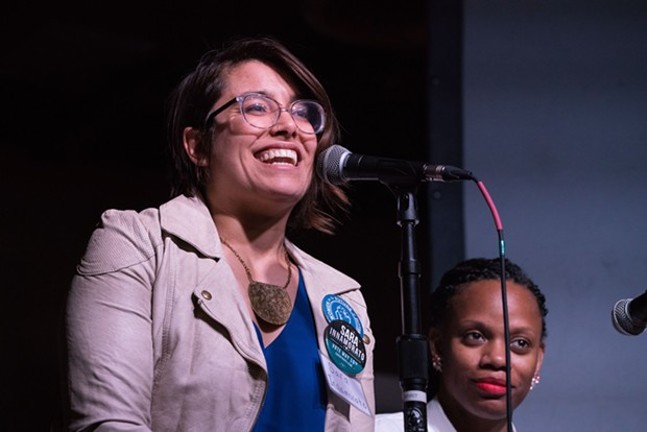 “It's hard for us to believe that Rep. Dom Costa has no time to attend a 60 minute candidate forum in District 21,” wrote the Innamorato campaign in a statement to City Paper. “We can't help but think he's hiding from his voters and their questions about his record, like why he's voted for pro-NRA, anti-choice, anti-immigrant and anti-environmental legislation.”

For its part, Costa’s campaign told the P-G that the legislator had a busy schedule in Harrisburg and said Costa had many events to attend, like speaking at a police memorial ceremony for officers killed in the line of duty.

“There was no indication that he was declining [the forum] but the exact opposite,” wrote the Costa campaign in an email to the P-G. “If a date did become available, we would reach out. Scheduling conflicts can become challenging at times, as we all know, but he is working hard every day.”

But emails obtained by CP indicate that Costa’s campaign could have been avoiding a commitment to many proposed dates as a way to sidestep a forum, without technically declining the invitation.

On April 13, LWV initially proposed a forum for May 7 in Millvale. In an email response, the Costa campaign told LWV that Costa couldn't attend because he would be at a police memorial. LWV then responded via email, asking if May 8 would work. Then, on April 15, LWV sent another email offering three additional dates: May 5, May 9 and May 10. A similar email was also sent to Costa’s campaign on April 17, and LWV wrote that they needed to hear from Costa by April 20.

The Costa campaign finally responded on April 20, writing that Costa couldn't attend since he was extremely busy with state House sessions and committee meetings in Harrisburg, and other district commitments. The Costa campaign then emphasized that the email to LWV was not an official refusal to attend the forum.

“The response we are providing does no way indicate a decline,” wrote the Costa campaign in an email to the LWV on April 20. “To notify voters would not be accurate. If a date becomes available we will [gladly] reach out.”

The LWV was not buying the excuse. “The League of Women Voters of Greater Pittsburgh is VERY disappointed that Rep. Costa cannot commit to one of FIVE dates for a candidate forum,” wrote LWV in an email response to the Costa campaign. “We understood his conflict on May 7, but find it hard to believe that with all the advance notice we have given that Rep. Costa cannot commit to attending a non-partisan candidate forum on one of the other four dates for one hour.”

Regardless of whether Costa officially declined to attend the forum or not, the Innamorato campaign feels Costa’s failure to debate here publicly is a disservice to District 21 voters. “Voters must have an opportunity to compare their Democratic candidates,” wrote the Innamorato campaign in an email to CP. “We are disappointed that Rep. Costa will not face his voters or Sara Innamorato. His silence speaks volumes.”