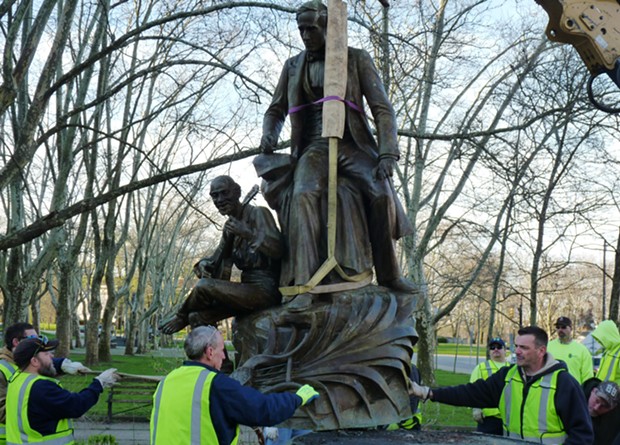 The 800-pound statue will be housed at a Department of Public Works yard in Highland Park. The Arts Commission is trying to find a permanent home for the statue, but Pittsburgh public art manager Yessica Guerra said the city has yet to find any takers. City officials want the Foster statue to be replaced by a statue of a famous and influential black woman from the Pittsburgh area. Public meetings will be held in the near future to gather input of who should be honored.

Two public meetings remain and will be held at the following dates and locations:

Below is a slideshow of the Stephen Foster statue being removed.