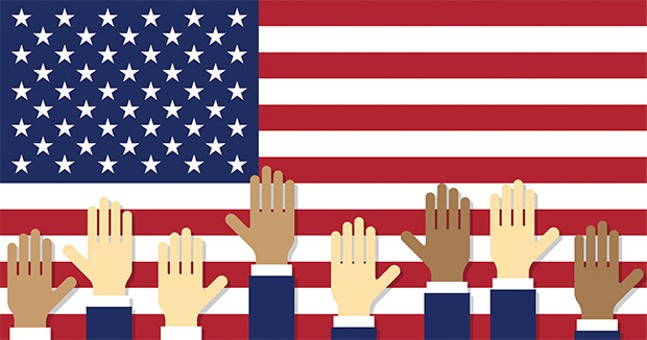 “This may be one of the most important mid-term election cycles in recent history,” says CP Editor Charlie Deitch. “We wanted to give candidates a chance to speak to voters, but we also wanted to present a format that would be fun and informative. Candidates will be given a chance to talk about their campaigns, but the games portion of the evening will give voters a chance to see the candidates’ personalities.

"Also, we couldn't be prouder to partner with WTF PGH for this one-of-a-kind event."

Two state Senate candidates will also be in attendance: Democrat Stephanie Walsh and Democrat Lindsey Williams. They are both running in the Democratic Primary for state Senate District 38 for a chance to take on state Sen. Randy Vulakovich (R-Shaler) in November.

Democrat Ray Linsenmayer will also be at the forum. Linsenmayer is running against U.S. Rep. Conor Lamb (D-Mount Lebanon) in the Democratic Primary Election, since Lamb was drawn into Pennsylvania's new 17th U.S. Congressional District after his special election victory in March.

Candidates will participate in a Rorschach test made up of ink blots shaped like Pennsylvania's old congressional districts, trivia quizzes about random facts about state Senate districts, and a game where players have to identify which politicians said controversial quotes.

There will also be a round of North Side Jeopardy, and, yes, bike lanes will be a topic. Interspersed in between the games, any other candidates in attendance will have a chance to win time to speak on stage. Constituents will also get an opportunity to mingle with the candidates.

"I think people are looking for a political event that promises to keep them awake," says Deitch. “It will definitely be different than most candidate forums you’ve been to.”

The event is free and open to the public. To learn more, visit CP's Facebook page.