Pennsylvania state Sen. Wayne Fontana (D-Beechview) has introduced legislation rolling back ownership of assault weapons, and he encouraged people attending the March for Our Lives rally in Downtown Pittsburgh on March 24 to support his bill.

“It’s been introduced, but the problem is the majority party in Harrisburg will not run that bill,” said Fontana to the crowd gathered in Market Square. “That’s why it’s so important for all of you to register to vote and vote for candidates that are for gun reform.”

Senate Bill 17, introduced by Fontana, would limit the possession and transfer of assault weapons and large capacity magazines by prohibiting the sale of 150 different models of semi-automatic guns. The bill was referred to the judiciary committee on March 22.

Other recently introduced bills in the state legislature include laws that allow family members and police to petition gun-owner licenses and enforce stricter background checks on all gun sales, including those done privately and at gun shows.

Legislators like Fontana are hopeful that their gun-reform bills will receive backing from the roughly 30,000 people (according to city estimates) that took to Downtown streets March 24, as part of the March for Our Lives movement. The national rally was orchestrated by the survivors of the Parkland shooting and more than 800 sister marches were held around the globe, according to the March for Our Lives website. More than 200,000 marchers took to the streets of Washington, D.C., the vast majority being high school students.

Pittsburgh Mayor Bill Peduto spoke at the March 24 rally in Pittsburgh and said the wave of high school students participating was unprecedented. He urged them to get more involved politically and encouraged them to vote in November.

“I’ve worked in this building for a quarter of a century and this is the first time we have ever been [organized to rally] by teenagers,” Peduto said. “If our high school students can be courageous, our elected officials can be courageous.” 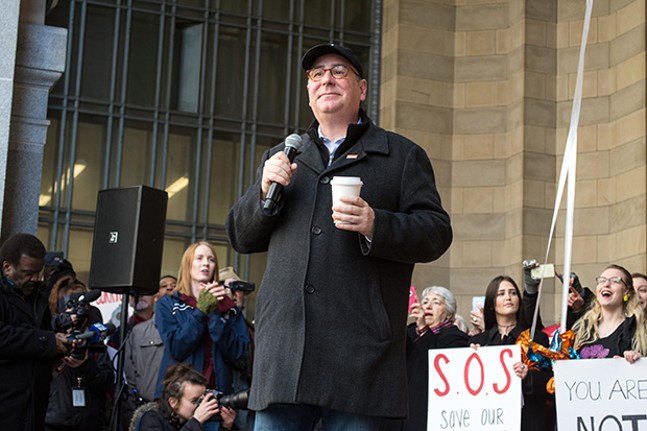 CP photo by Jake Mysliwczyk
Bill Peduto
Many students spoke during the rally and called for both young people and older people to stand up together for gun control. Sisters Emma and Erin Simard helped to organize the Pittsburgh march, and they implored those who can vote in the upcoming elections to do so.

“This cannot be the last time we use our voices to protest gun violence,” said Erin Simard. “I’m 16, Emma’s 15, we can't vote in November. We’re counting on you all to do it for us.”

And even before tens of thousands of marches took to Pennsylvania streets on March 24, some gun-related laws have already seen increased support.

On March 21, the Republican-controlled Pennsylvania state Senate unanimously approved a bill enforcing a 48-hour window to surrender their firearms for those with domestic violence convictions after last-minute negotiations with the National Rifle Association, according to the Associated Press.

Under the current law, those with domestic violence convictions have 60 days to surrender their firearms, but have the option to give their guns to relatives or friends, as long as those relatives don’t live in the same residence. Under the proposed law, weapons must be given to law enforcement, a federally licensed firearms dealer or their lawyer. This bill will be heard in the Pennsylvania House in April.

More images from City Paper photo intern Jake Mysliwczyk of the Pittsburgh March for Our Lives are shown below: 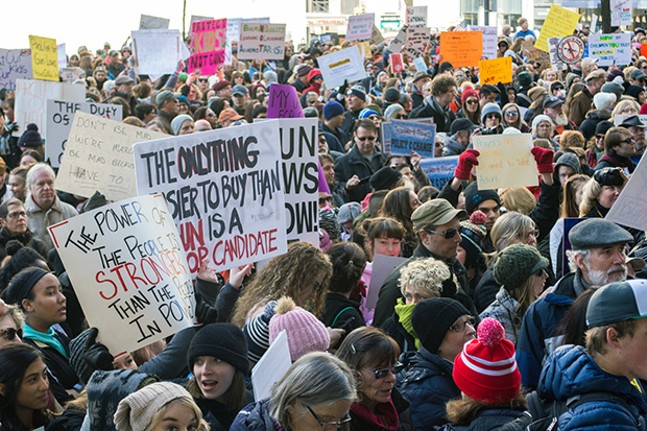 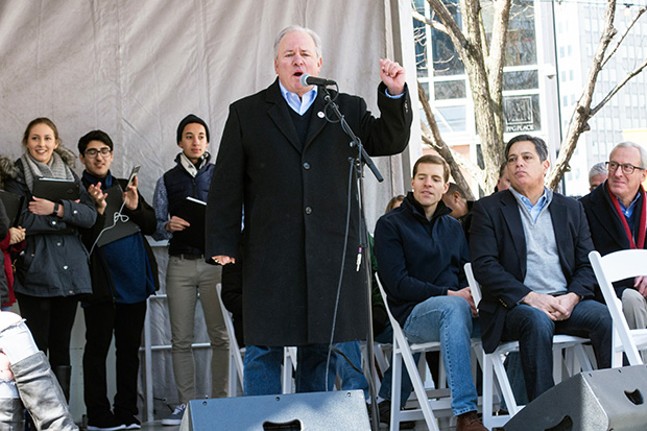 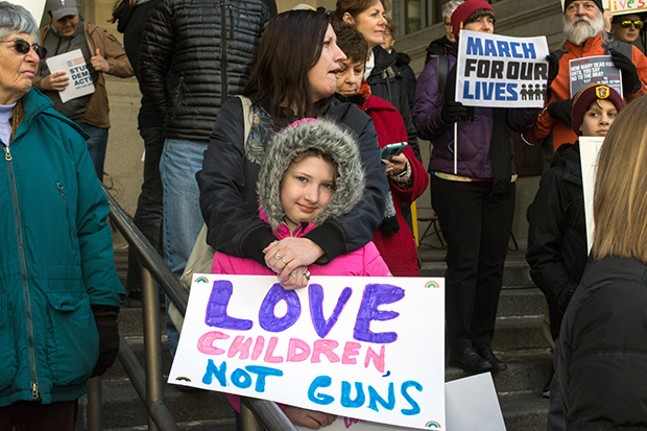 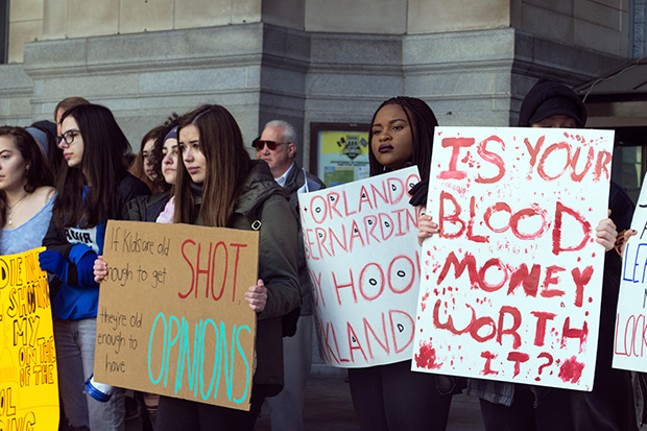