Ten Things From Pittsburgh (That No Longer Exist) | Page 2 | Blogh

Parting is Such Sweet Sorrow

Posted by The Odd, Mysterious & Fascinating History of Pittsburgh on Wednesday, February 21, 2018

The evolution of the city has meant drastic changes to the Pittsburgh skyline. Starting in the 1970s, there was a desire to beautify the city and clean up its image. Formerly, the Point was overrun with old buildings, railroad tracks, vacant lots and trash. City organizers demolished the empty buildings, cleaned up the site and built a park with a fountain that has become iconic to the city's image. The U.S. Steel Building and PPG Building became notable additions to the skyline. The spired, Gothic roof of the PPG Building has become an iconic feature of the cityscape.

Jenkins Arcade, where our story began

Many call Jenkin's Arcade the "OG" shopping mall, because the arcade was offering Pittsburgh residents a multi-level shopping and dining experience well before the rise of malls in America. The building opened in 1911 on Stanwix Street between Penn Ave. and Liberty Ave. Jenkin's Arcade was opulent, and it was made a historic landmark in 1972. Unfortunately, the building's historic status did not save it from demolition in 1984. The building was destroyed to make way for the Fifth Avenue Place Skyscraper.

Our happy shoppers at Saks fifth avenue!!! NORA you paid what for those shoes!!!!!!!

Saks Fifth Avenue provided quality retail to Pittsburgh residents for 60 years. The department store closed after it was unable to negotiate an agreement with the city on needed improvements. Although the chain exists in other areas of the country, this iconic staple of downtown Pittsburgh has officially moved into the history books.

For 50 years, Candy-Rama created unforgettable gourmet confections. The store developed a reputation for its quality sweets, and it had its share of regular customers. For many Pittsburghers, the store was part of their childhoods, and they passed that tradition along to their children. Unfortunately, the store's reputation could not save it from rising rents. It closed for good in 2007.

The original Pegasus sign that hung above 818 Liberty Avenue in downtown has been restored and mounted at the Delta...

Posted by Delta Foundation of Pittsburgh on Thursday, June 2, 2016

Once a popular spot for gay men in downtown Pittsburgh, the Pegasus bar closed in 2009. The spot had hosted many drag acts through the years. The owner attempted to find success at a new North Side location called the Eagle. Unfortunately, he was unable to recapture the spark of the original bar. At a time when being open was not easy, Pegasus offered an escape for Pittsburgh's gay scene. 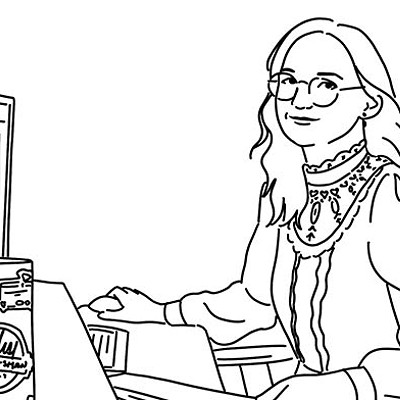