Photo courtesy of The Thomas Merton Center
Members of Pittsburgh's Labor Council for Latin American Advancement and the Thomas Merton Center celebrate winning the wage-theft settlement
Last month, four immigrant workers and their supporters braved single-digit temperatures to protest against a subcontractor they claimed never paid them for more than two weeks of work they did at a Courtyard Marriott in Robinson Township.

Antonio, one of those workers who only gave his first name in a Jan. 6 article in the Pittsburgh Post-Gazette, said in Spanish to the crowd of protesters, “We’re calling on the hotel to put pressure on the [sub] contractor to get our pay.”

The group of four Latino immigrants were hired to paint and clean rooms at the Marriott by a subcontractor, Oscar Benitez, of Atlanta, that advertised for workers at Las Palmas grocery store in Brookline, according to Guillermo Perez of Pittsburgh’s chapter of the Labor Council for Latin American Advancement. The subcontractor was hired by National Custom Inc., a Georgia-based construction company. Perez says the workers’ initial contract was for $300 a room and after 10 days of work and no pay, Antonio walked off the job. The other three other workers negotiated a new contract for $12 and hour and were paid for 30 hours, but then were not paid for an additional seven days they worked.

“These are folks that don’t have a lot resources, or have lawyers, or have unions, they fall prey to wage-theft cases like this all the time,” says Perez.

Perez says he is thankful National Custom Inc. stepped up and did the “morally right” thing in settling with the workers. Perez did not have nice things to say about Benitez, though, who still has not responded to LCLAA’s requests. “Oscar Benitez, he is a scumbag," says Perez.

Benitez did not return Pittsburgh City Paper’s call for a request for comment on this story.

Perez says public pressure is necessary in wage-theft cases like this, and he is thankful that LCLAA and the workers had so many allies in the community. He notes the backing of the International Union of Painters and Allied Trades District Council #57, the Restaurant Opportunities Center of Pittsburgh and the social-advocacy group the Thomas Merton Center.

On Feb. 8, the Thomas Merton Center wrote on Facebook, ”We are proud to share that our coalition helping immigrant workers fight back against wage theft were successful in getting [Antonio] and his three co-workers their stolen wages of nearly $10,000! A reminder that together we are awesome in our power to demand, defend, and win.”

Perez is hopeful this case will send a message to those looking to exploit immigrant workers in the Pittsburgh area. He hopes this will discourage any future wage-theft cases against immigrants.

“For us, workers need to get paid,” says Perez. “They work a job and did the job. My hope it is going to send a clear signal to anyone who wants to operate this way, that we are here to safeguard the rights of immigrants workers.” 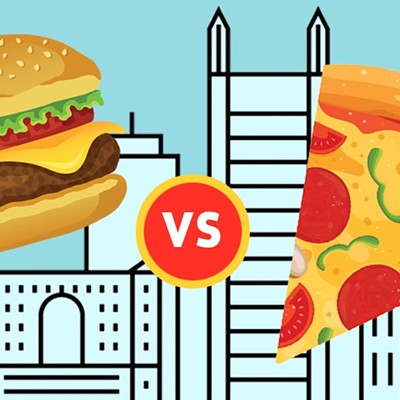