On Jan. 22, the Pennsylvania Supreme Court ruled that the state's current U.S. Congressional District map, which was drawn by Republicans in 2011, was unconstitutional according to the Pennsylvania Constitution. The 5-2 decision affirmed the plaintiffs' claims that Republicans sought partisan advantage when drawing the maps. The decision was cast along partisan lines, with Democrats calling for the current map to be struck down and the court's two Republicans dissenting.

The order also says "congressional districts composed of compact and contiguous territory; as nearly equal in population as practicable; and which do not divide any county, city, incorporated town, borough, township, or ward, except where necessary to ensure equality of population."

Pennsylvania Democratic Party Chairman Marcel L. Groen issued the following statement on the decision: “The order issued by the Supreme Court today found that the congressional map violates Pennsylvania’s constitution and has provided the methodology for new maps to be submitted and acted upon before the end of February. I want to thank and compliment the attorneys and parties who brought this before the Supreme Court and helped right this obvious wrong.”

The Pennsylvania Republican Party has yet to put out a statement. But Mark Davin Harris, of Pittsburgh-based conservative political firm Cold Spark Media, tweeted after the decision that "PA Supreme Court ruling is an insane and unconscionable power grab. It’s a legal joke and a thinly veiled partisan hack job. They should be ashamed."

However, it's unclear if anything can be done to change it. Pennsylvania Lt. Gov. Mike Stack (D-Philadelphia) tweeted it's "not clear" if the U.S. Supreme Court will hear the case if it is appealed, since the issue pertains to the state constitution, not the U.S. Constitution. 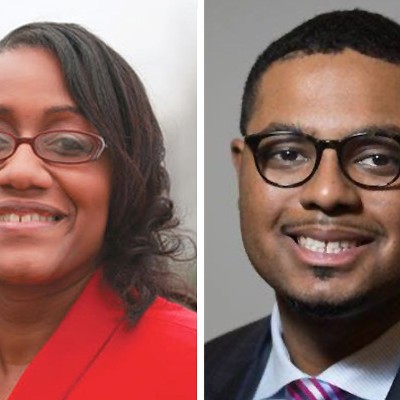