Sunday's forecast of butt-freezing temperatures has persuaded the Pittsburgh Cultural Trust to move most of the outdoor attractions at its big Highmark First Night Pittsburgh festival indoors.

Most First Night events were originally scheduled indoors anyway, and won't change. But here are the big changes for Dec. 31, from a press release issued at 4 p.m. today: 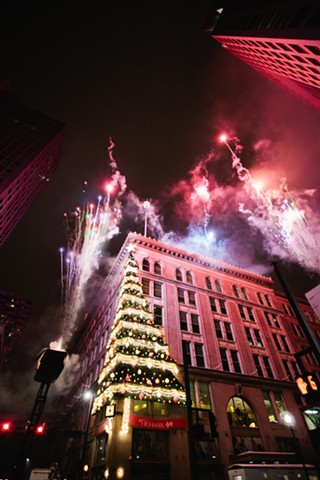 - Two outdoor stages are being scrapped: the Dollar Bank Stage (out front of the Benedum) and the Eighth Street stage. However, all musical acts scheduled to perform there will now play indoors. See here for details.

- Headlining band Lee Fields & The Expressions will no longer play outdoors on the Highmark Stage, down near Penn and Stanwix, but will instead perform at the Benedum Center from 10:30-11:30. The show requires an admission button, but unlike certain other indoor First Night attractions does not require seat reservations. It is first-come, first-served, however.

- There will still be a band playing on the Highmark Stage at midnight: That's local guitar hero Byron Nash and Plan B, starting at 11:30 and playing till the Zambelli fireworks go off.

- Among other popular annual attractions, Ice Creations (live ice-sculpting) and Steel Town Fire will still perform on the corner of Ninth and Penn, but the sets will be shorter. And Soul Line Dancing with Roland Ford will move indoors, to the Highmark Room of the August Wilson Center.